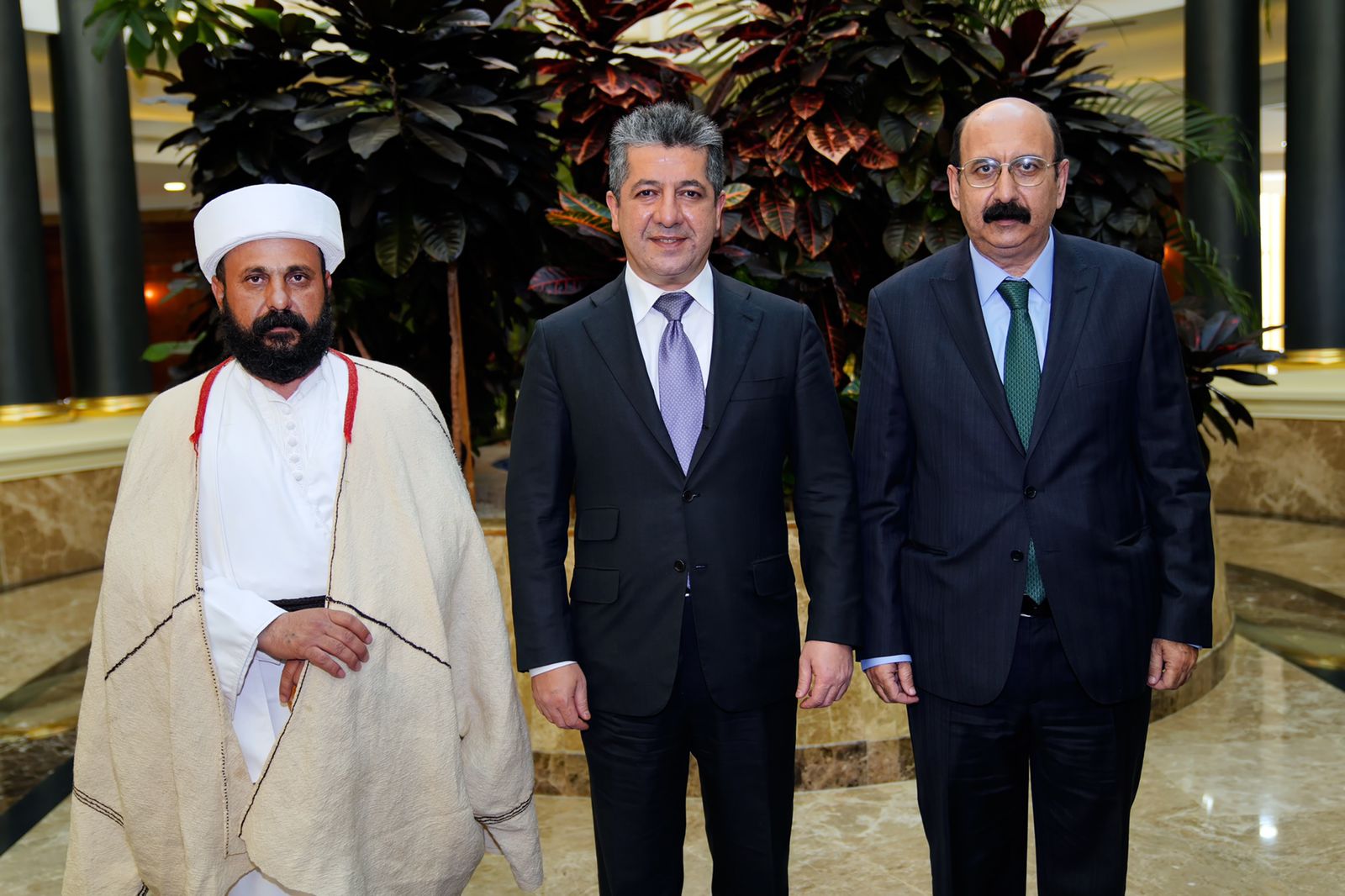 Shafaq News/ Kurdistan’s Prime Minister confirmed on Saturday his government's commitment to providing the best services to the Yazidis, supporting them, and defending their rights.

The statement quoted the PM as saying, "The Kurdistan Regional Government's is committed to providing the best services to the Yazidis, supporting them and defending their rights firmly and solidly, as always."

Barzani pointed out that "the Regional Government, in cooperation with the federal government and the international community, has made best efforts for reconstructing Sinjar and securing a dignified return of the displaced."

For his part, the Emir and Baba Sheikh of the Yazidis spoke, according to the statement, about "the importance of implementing the Sinjar Agreement and normalizing the situation in the region. They also thanked the Prime Minister for implementing several service projects in their areas.

Barzani: Baghdad has no excuses to secure the region’s salaries

Masrour Barzani: 2022 was a productive year for KRG