KJS: +300 violations against journalists in Kurdistan and disputed territories in 2021 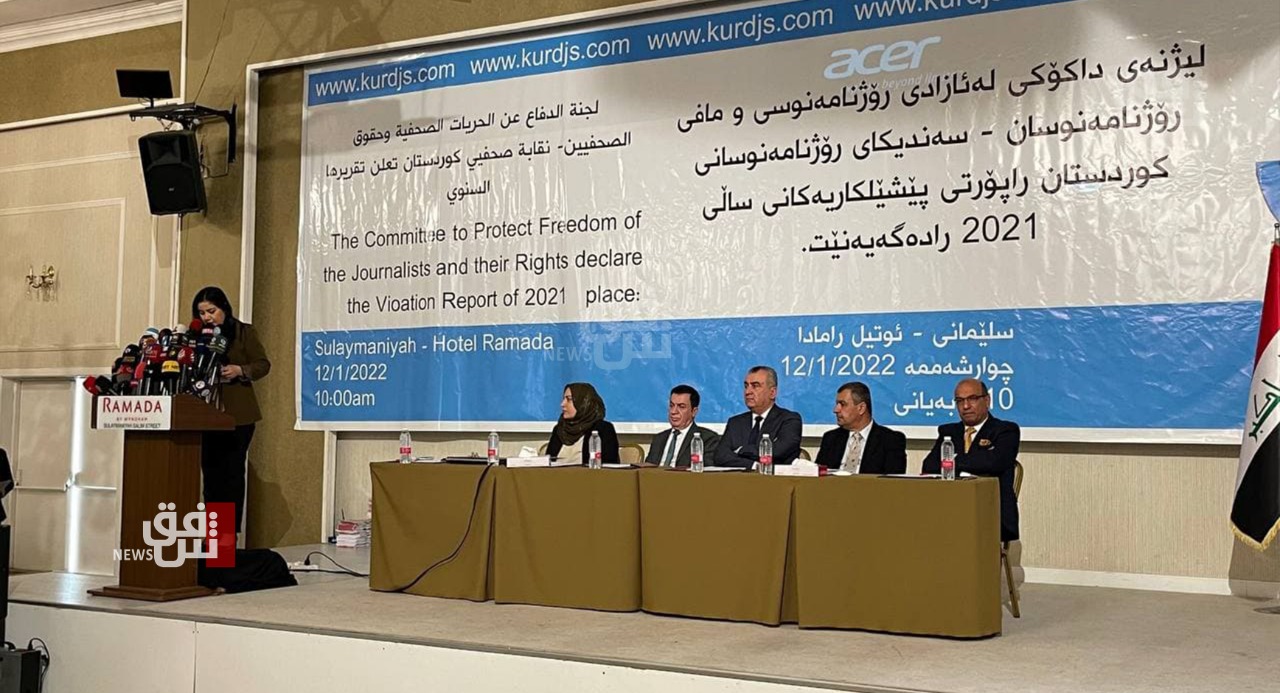 Shafaq News/ More than 300 violations of media and journalists' rights were reported in the Kurdistan Region in 2021, a report by Kurdistan's Journalists Syndicate (KJS) said.

The annual report was released in a press conference held by the "Committee to Protect Freedom of Journalists and their Rights" earlier today, Wednesday.

The report documents the violations and abuses faced by media professionals in the cities of the Kurdistan Region, territories contested between the federal and regional governments, the governorate of Kirkuk, the cities of Mosul and Khanaqin.

In the first half of 2021, KJS registered 187 cases of abuse, including 17 arrests, 31 coverage bans, 22 assaults against journalists on duty (two of which were video-recorded), five verbal abuse cases, and three media shutdowns.

In the second half, the documented violations, 116 in total, are broken down into ten arrests, 17 coverage bans, 15 verbal cases of abuse, two intentional physical assaults, and two media shutdowns.

Kurdistan's Journalists to the Federal Culture Ministry: aren't we Iraqis?

Metro: assaults against journalists decreased in 2021