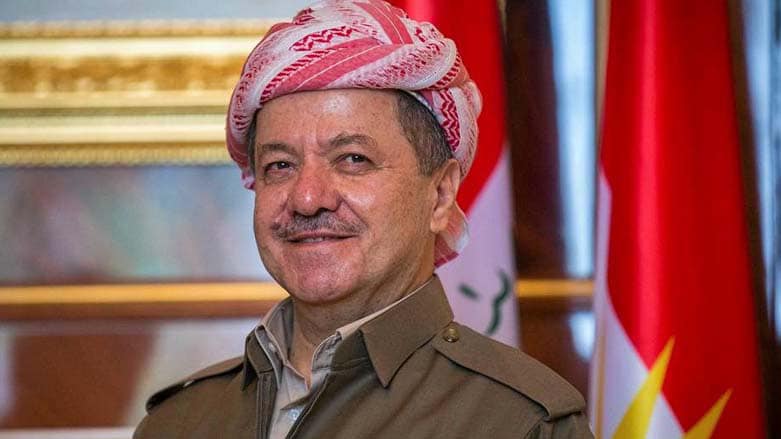 Shafaq News / the head of the Kurdistan Democratic Party, Masoud Barzani, issued on Thursday a statement on the anniversary of the 1970 March agreement.

Barzani said March agreement was the first opportunity when Iraqi government recognized Kurdistan and the legitimate rights of its people, and it also proved that the “authorities in Iraq cannot harm the will of the people of Kurdistan with weapons, force and violence."

"The steadfastness and sacrifice of the Peshmerga, the unity of the revolutionaries and the patriots led by Barzani, the immortal, forced the Iraqi government at that time to sit at the negotiating table, and recognize the rights and historical gains of our people. “He added.

The Kurdish leader stressed that, "Although the March Agreement was finally violated by the (Iraqi) regime,” but it was “a gateway to a new stage of struggle and a major step towards achieving great gains and victories for our people."

Iraqi–Kurdish Autonomy Agreement of 1970 (or the Iraqi–Kurdish peace talks or the 1970 Peace Accord) was an agreement, which the Iraqi government and the Kurds reached March 11, 1970, in the aftermath of the First Iraqi–Kurdish War, for the creation of an Autonomous Region, consisting of the three Kurdish governorates and other adjacent districts that have been determined by census to have a Kurdish majority.

The plan also gave Kurds representation in government bodies, to be implemented in four years. For its time it was the most serious attempt to resolve the long-running Iraqi–Kurdish conflict.