KDP on the Fayli Martyr's day: justice for the Faylis 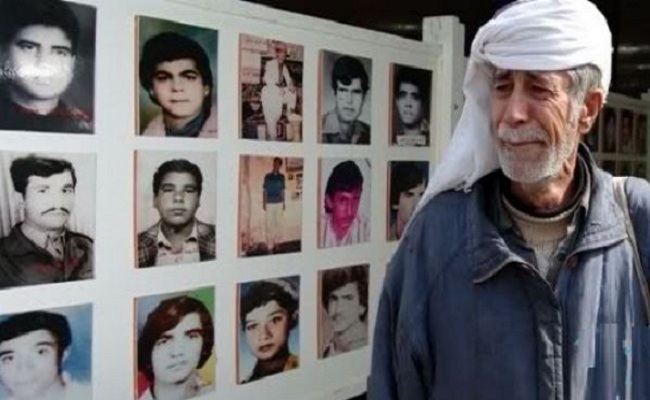 For nearly three decades, the previous regime headed by Saddam Hussein drove thousands of young Fayli Kurds to an unknown destination. Their fate is still unknown, and it is likely that they died in detention centers or were buried alive in mass graves.

Moreover, Fayli Kurds were also subjected to displacement, arrest, and murder during the former President Ahmed Hassan Al-Bakr's era in 1970 and 1975 and the Saddam Hussein era in 1980, under the pretext of "Iranian subordination". However, historians believe that the displacement came because of their sectarian and national affiliations.

Fayli Kurds, the majority of whom are Shiite Muslims, live in the central-eastern border regions of Iraq, and southwestern Iran.

On December 8, 2010, the Iraqi government issued a decision in which it pledged to remove the effects of targeting Faylli Kurds, followed by a decision by the council of Representatives on August 1, 2010, according to which the displacement and forced disappearance of Fayli Kurds were considered a crime of genocide.

Regarding this tragedy, the Kurdistan Democratic Party Parliamentary bloc said in a statement, "These days recall one of the painful memories in the history of Kurdistan's people, lived by a large segment of this proud people, who faced injustice, displacement, persecution, murder, disappearance, dispossession of rights."

"At the beginning of April of 1980, this regime showed its arrogance as it committed another crime against the people of Kurdistan, for nothing but because they are an integral part of this people and are proud of their nationality and belonging, and reject injustice, tyranny, slavery, subservience and humiliation and submission to the Ba'ath regime. "

"While we remember this painful anniversary and heinous tragedy, we must cooperate and work hard to restore all the rights that were stolen from this oppressed segment, to commemorate the sacrifices they made and the harm, injustice and the deprivation of rights they suffered."

The Kurdistan Democratic Bloc called on the federal government to, "activate and implement laws and decisions related to transitional justice and fairness to the Fayli Kurds and all families of Iraqi victims and martyrs, and implement the decision issued by the Iraqi High Criminal Court."

KDP official: all parties must participate in the dialogue

KDP official: the party has shown great flexibility in the election file