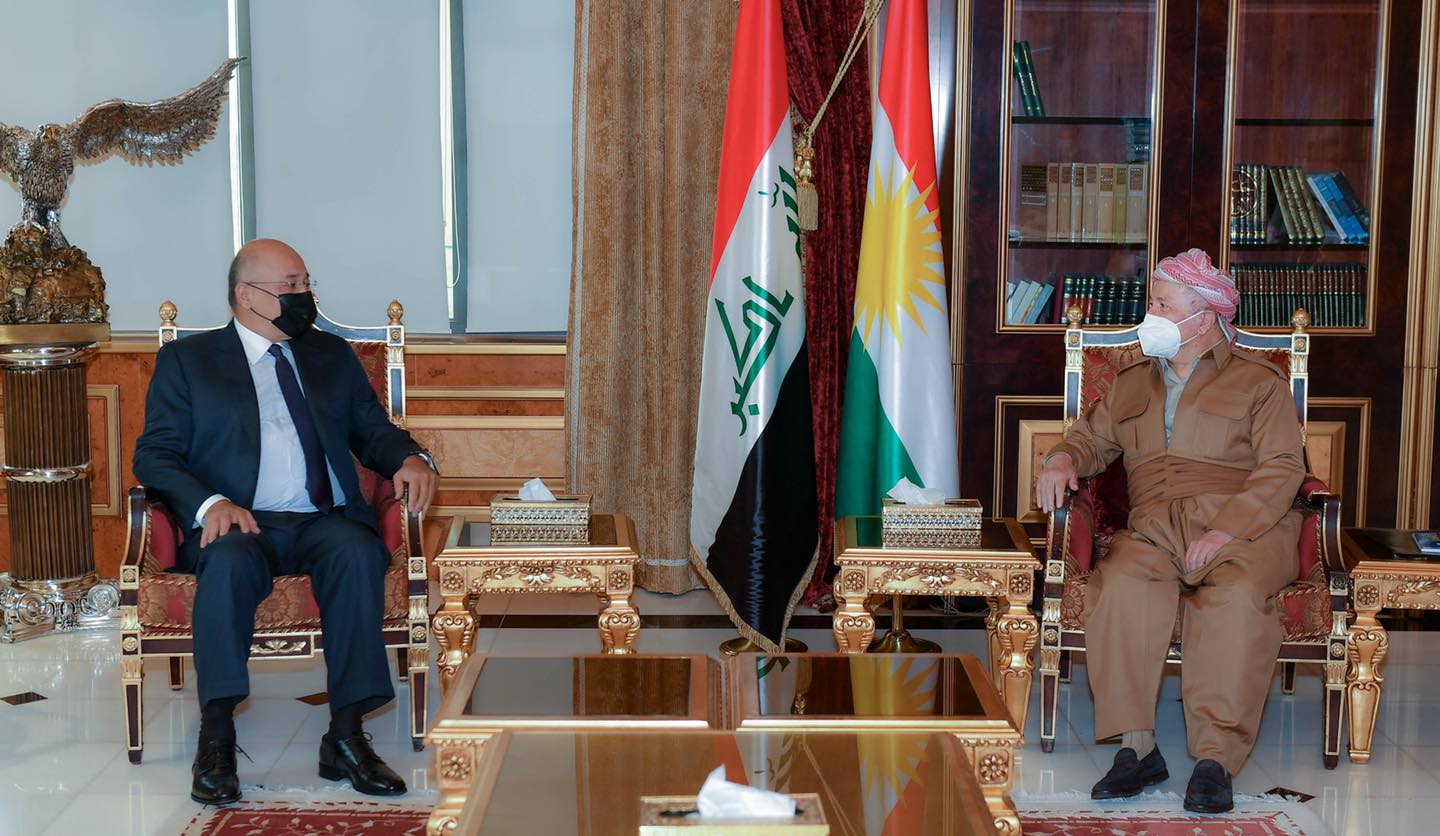 A statement issued by KDP headquarters said that both sides discussed the latest political developments and Process in Iraq, the relations between Baghdad and Erbil, ways of coordination for stability on the Iraqi territory and the upcoming legislative elections.

On Wednesday, the Iraqi President arrived in Erbil. He will meet later with Kurdistan’s President Nechirvan Barzani, and Prime Minister Masoud Barzani as well as Kurdish senior officials to discuss the internal situation in Kurdistan and Iraq, ways to unifying the speech of the Kurdish political forces, Erbil International Airport attack, and the ongoing preparations for October legislative elections.