KDP leader: Al-Sadr lost one of its two weapons 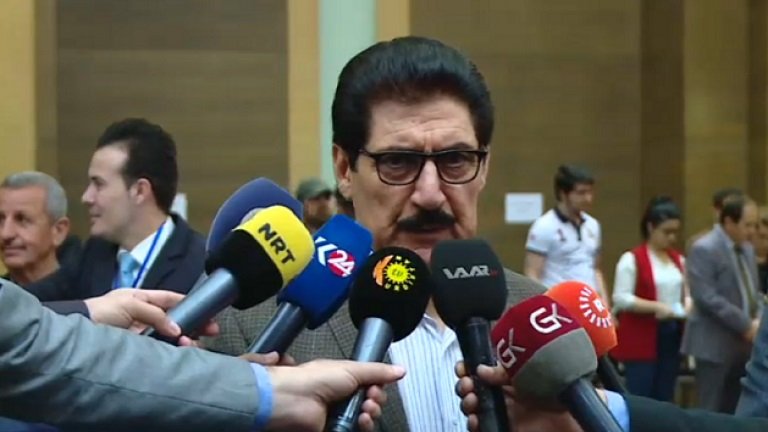 Shafaq News/ The KDP Secretary of the Political Bureau, Fadel Mirani, considered dissolving the Iraqi Parliament as not an "easy" step.

Earlier, the  Shiite cleric Muqtada Al-Sadr called for early elections and dissolving the Parliament, but he said he had not decided if he would participate in the next elections.

Mirani considered that the step taken by the leader of the Sadrist Movement to withdraw his deputies from Parliament was "wrong."

"Al-Sadr has two weapons, one of them is 73 seats in Parliament, and the second is the street (popularity). he lost the first, and he still owns the other weapon," adding that Al-Sadr "now, without his first weapon, he is asking to dissolve Parliament, and in my opinion, this matter is not easy."

"All parties and political forces objected to the election law, and if we dissolve the parliament, who will amend this law?"

The KDP leader suggested forming "a committee or legislative body to amend the election law and form a new electoral commission."

Mirani indicated the Kurdish leader Masoud Barzani's essential role in the Iraqi situation, saying, "the political parties are always waiting for a word, proposal, or initiative launched by leader Barzani."

It is worth noting that Iraq is amid its worst and longest political crisis. At the center of this overheating conflict stands Iraqi political kingmaker Moqtada al-Sadr and a rival bloc of parties with strong ties to Iran.

While Sadr's supporters are rallying against the nomination of a new prime minister, these protests also represent a deep political rift festering between Iraq's rival Shiite blocs.

The latest turmoil follows nine months of political deadlock, bickering, and accusations that have hindered the formation of a government after Sadr emerged as the biggest winner in October's parliamentary election.

KDP leader reiterates commitment to the constitution, opposition to infight