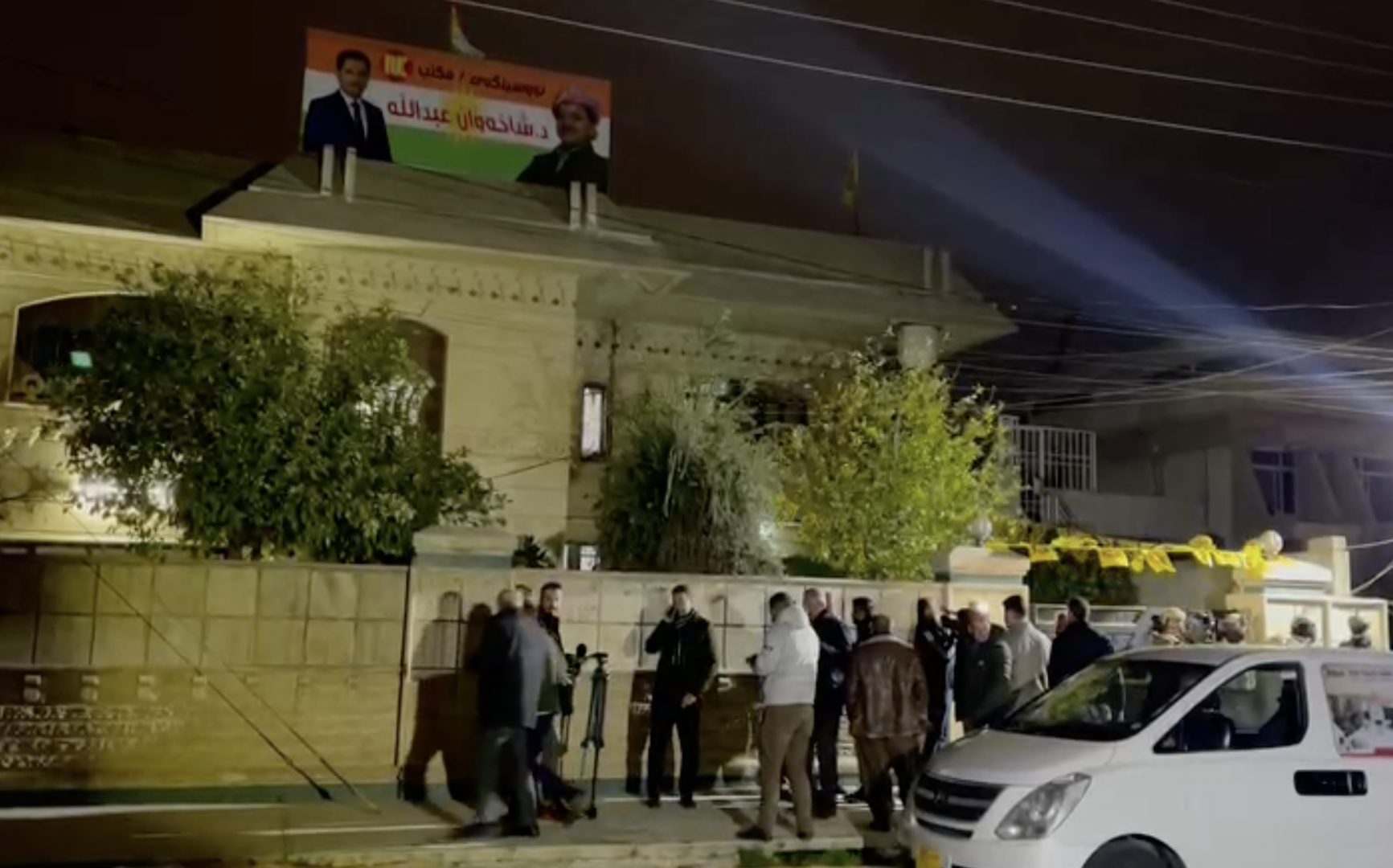 Shafaq News/ The Kurdish leader Masoud Barzani condemned the "terrorist attack" on the office of the Deputy Speaker of the Iraqi Parliament, Shakhwan Abdullah, in Kirkuk.

In a statement, Barzani's headquarters said that the KDP head "strongly condemns the terrorist attack" that targeted the office of the Iraqi Parliament's Deputy Speaker, calling on the competent authorities to "follow up on this terrorist operation, punish the perpetrators for their sabotage activity."

Earlier today, unidentified men threw a grenade at the office of the deputy speaker of the Iraqi Parliament.

A security source told Shafaq News Agency, "persons in a car threw on Wednesday a grenade at the office of the second deputy speaker, Shakhwan Abdullah, in the Rahimawa area of Kirkuk city."

The attack caused only material damage to the office without any casualties.

Abdullah has been elected as second deputy Speaker of the Iraqi Parliament, obtaining 180 votes.

He is a member of the Kurdistan Democratic Party (KDP). KDP headquarters were targeted last week.

The attacks come amid political and security tensions in Iraq since the October elections and amid significant differences among political forces over forming the largest parliamentary bloc and the next government.