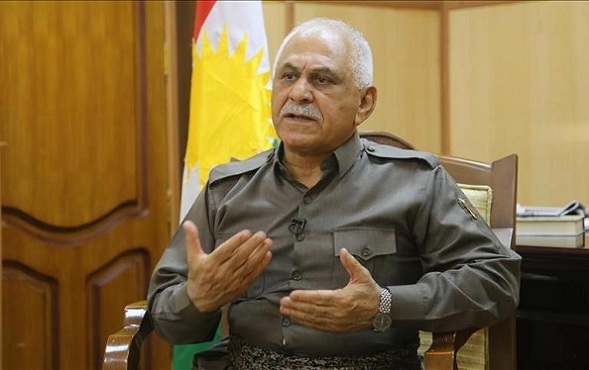 Shafaq News/ The Vice President of Kurdistan Region, Jaafar Sheikh Mustafa, issued a statement on the incident that took place between members of the Internal Security Forces (Asayish) and others of the Golden Division affiliated to Sheikh Mustafa.

The senior official at the Patriotic Union of Kurdistan party extended, in the statement received by Shafaq News agency, condolences to the families of the victim, Shakhawan Ahmed Mahmoud.

He said that he had immediately handed over the personnel involved in the incident to the authorities, stressing that whoever involved should be brought to justice.

"We consider ourselves part of this Region’s security. We are always ready to protect the rule of law,” he added.

A security source told Shafaq News agency that a Member of the Internal Security Forces (Asayish) forces succumbed to the wounds they sustained in a fight at the Tasluja security checkpoint in al-Sulaymaniyah governorate.

The source revealed that a fistfight broke out between the Asayish and others affiliated to the "Golden Division" of Sheikh Jaafar Sheikh Mustafa, Vice President of the Kurdistan Region, at "Tasluja" checkpoint.

The source added that seven members of the Asayish and five of the Golden Division were injured in the fight.

Asayish co-chair in AANES to Shafaq News: Asayish would never point their weapons towards civilians