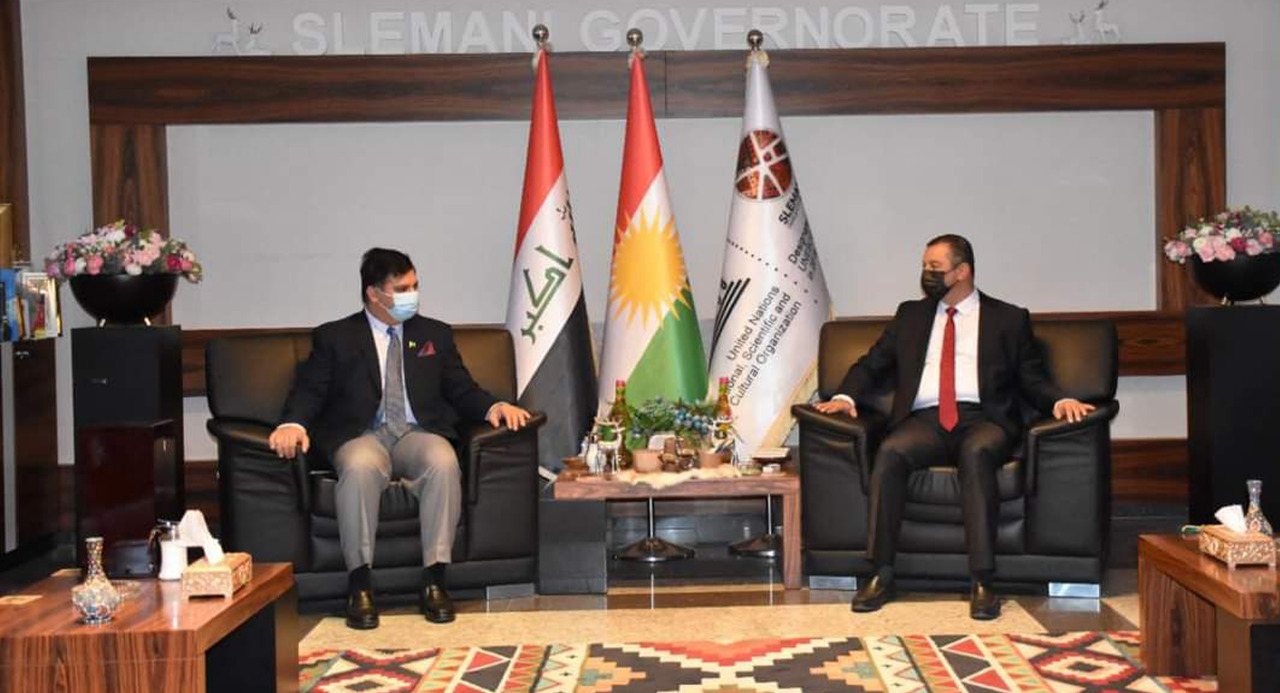 Shafaq News/ The Governor of al-Sulaymaniyah, Haval Abu Bakr, confirmed that there is a wide scope for developing cultural and artistic relations between Pakistan, Iraq, and the Kurdistan Region in particular.

Abu Bakr said in a statement during his meeting with the Pakistani ambassador to Iraq, Ahmed Majid, that enhancing cultural relations contributes to the development of the historical relations between Pakistan and Sulaymaniyah.

There is a great opportunity for developing cultural cooperation between the two countries through joint production of films and drama.

For his part, the Pakistani ambassador said that his country attaches great attention to its historical relations with the Kurdistan Region, hoping that these relations will be enhanced during the new Iraqi government's era.

Baghdad to send al-Sulaymaniyah's share of white oil next month