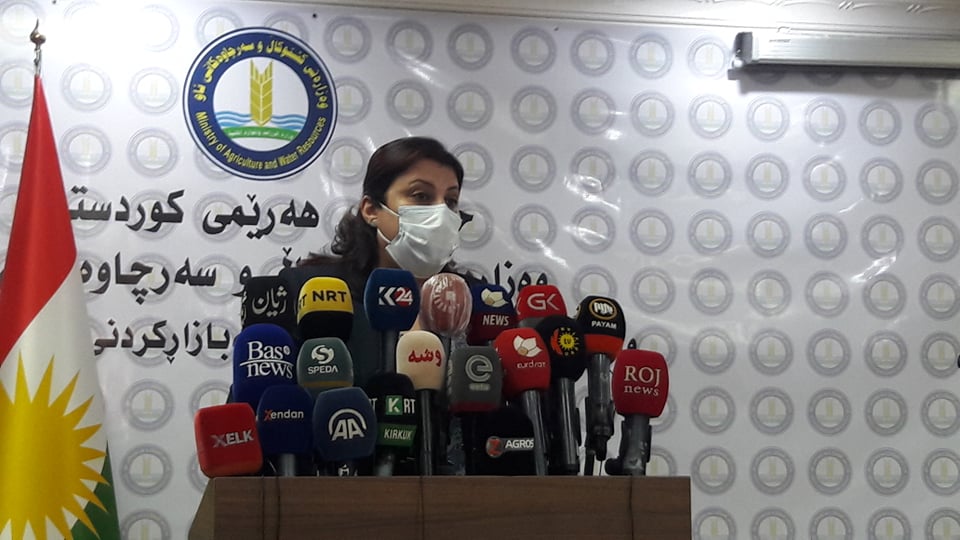 Shafaq News/ The Minister of Agriculture and Water Resources in the Kurdistan Region, Begard Talabani, revealed that Iraq and the region's afferent water quantity have dropped to less than 25%.

"Unfortunately, in recent years, due to climatic fluctuations, rain scarcity, and the establishment of dams on water sources and cutting off water by neighboring countries, afferent water quantity have decreased significantly," Talabani said in a speech during a conference held in Erbil today.

"This year, afferent water quantity dropped to less than 25%. This is a wake-up call for us to draw up a firm plan to prepare for more difficult drought years than 2021."