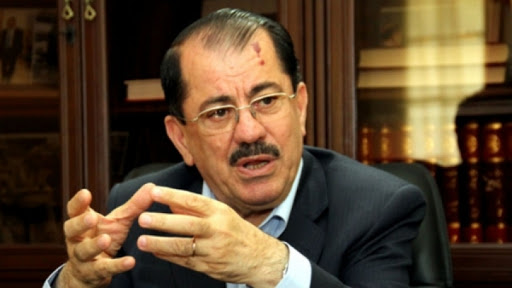 Shafaq News / The Iranian Ministry of Foreign Affairs summoned the representative of the Kurdistan Regional Government, Nazem al-Dabbagh to clarify its position over the KRG’S attempting to print a commemorative postage stamp to mark the visit of Pope Francis in which it contains a picture of the Grand Kurdistan (includes the Kurdish areas in Iran, Turkey and Syria).

"The Iranians told me that they do not want to talk a lot about this issue, but they stressed that this matter is not for benefit of the political interest of the Kurdistan Region, and it is an aggression on Iranian territories." al-Dabbagh said in a statement.

Al-Dabbagh explained to the Iranians that this act was not carried out by the regional government, but rather by a group of artists, still the Iranian Foreign Ministry “did not accept my explanation saying it will send a letter to Iraq.”

"What has been published by the Kurdistan Regional Government (KRG), Iraq in general, is against international laws and principles," Iranian Foreign Ministry Spokesperson Saeed Khatibzadeh was quoted by IRNA as saying. He called on Iraq to: "Immediately reverse this unfriendly action."

The Turkish Foreign Ministry later called on the KRG authorities to reverse what it described as a "grave mistake".

KRG Spokesperson Gutiar Adel asserted that none of the designs had been approved, noting that: "The design that will be approved for printing will be in accordance with the Constitution and the law."

On 5 March, the Pope paid a visit to Iraq, during which he visited Baghdad, Erbil, Mosul, Najaf and Nasiriya. It was his first trip since December 2019.