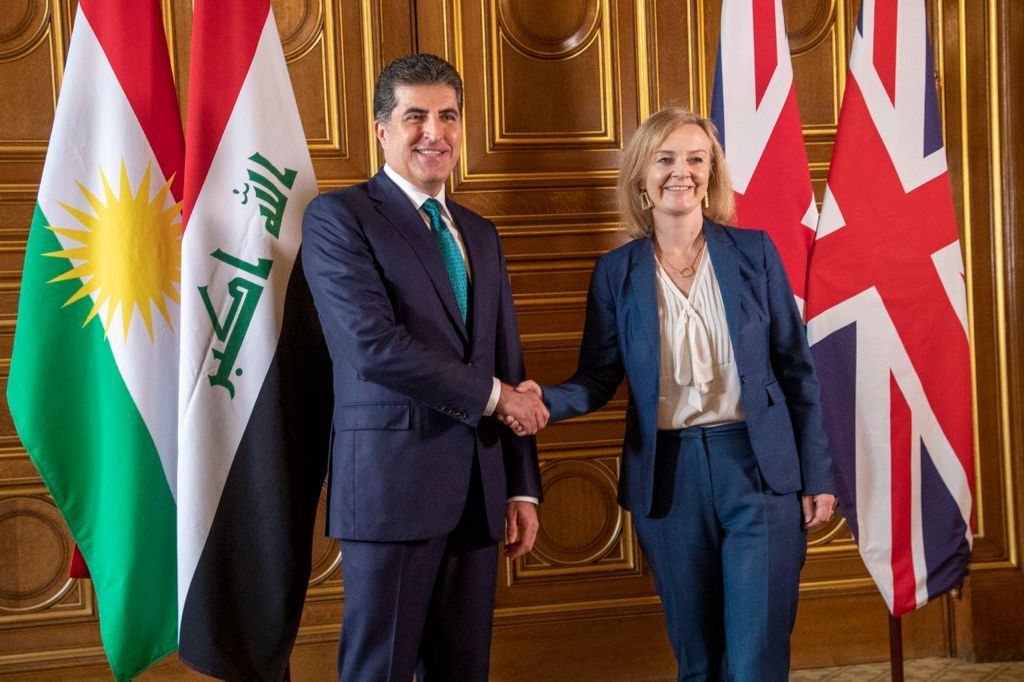 Barzani's office said that PM Truss thanked President Barzani for "his attendance at Her Late Majesty Queen Elizabeth II's funeral, and expresses her pleasure at meeting with the President in London again."

"Prime Minister Truss values her country's strong relationship with the Kurdistan Region as a key partner in the Middle East."

According to the statement, Truss stressed that the United Kingdom and Kurdistan "share mutual values and common priorities, including on security and counterterrorism, freedom of expression and education," stressing that the two countries would continue to "work hard to deliver on these vital issues."

Truss also hoped to further work with the Kurdistan Region in her new role and "build on steadfast friendship" between London and Erbil.