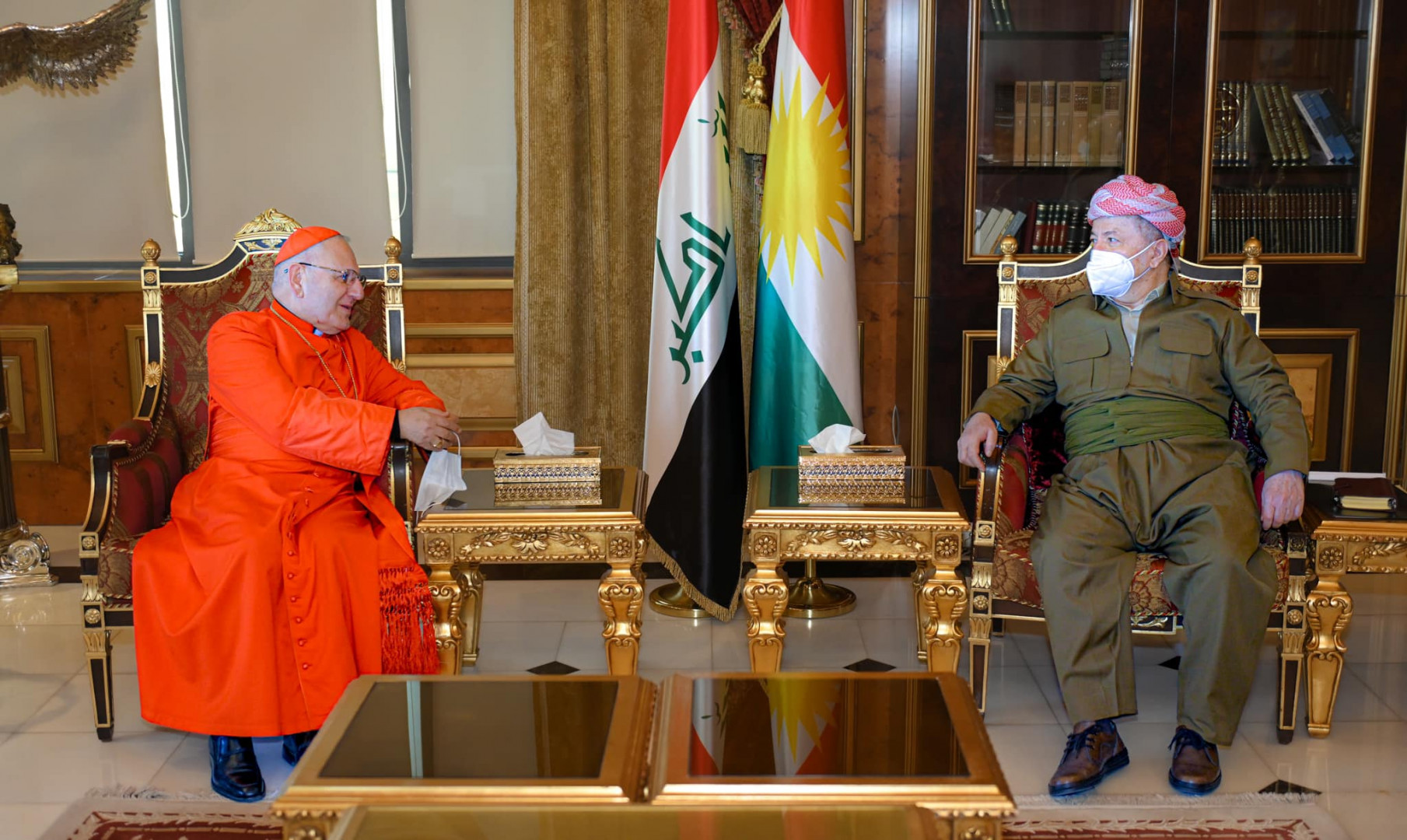 Shafaq News/ The Kurdish leader Masoud Barzani met with the Patriarch of Babylon of the Chaldeans and head of the Chaldean Catholic Church in Iraq and the Word, Cardinal Louis Raphaël I Sako, in Saladin earlier today, Sunday.

According to a readout issued by his headquarters, Barzani and his guest exchanged views on the recent updates on the political situation in Iraq and the conditions of the Christians in the country.

The meeting laid emphasis upon bolstering tolerance and fraternity among the communities of Iraq, and the Chaldean Patriarch called on the Kurdish leader to play an active role in bringing together the political parties in Iraq.