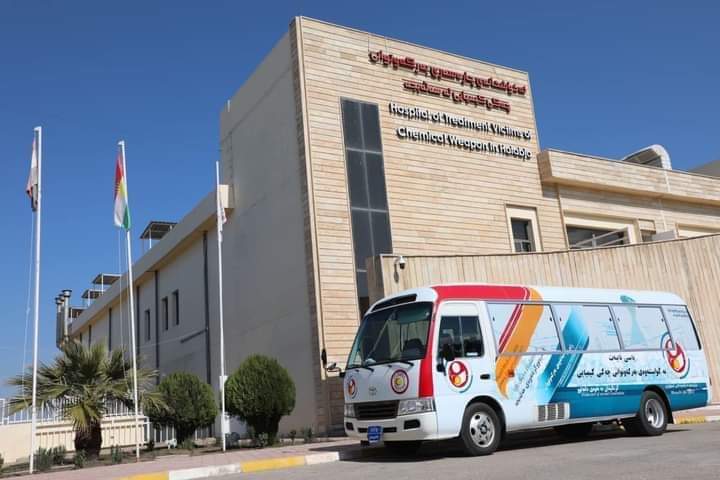 Shafaq News/ Halabja's Health Directorate said in a statement on Sunday that it will transfer 53 patients from the victims of Halabja's 1988 chemical attack to Iran for treatment.

The statement said that the patients will be admitted to Iranian hospitals per the recommendations of the Chemical Weapons Victims in the governorate.

In 1988, the Iraqi airforces bombed the city of Halabja with a mixture of Sarin and Mustard gases during the war with Iran. More than 5000 citizens were killed in the attack.

Until this moment, the city with a population of 200,000 residents continues to suffer from the aftermath of the heinous attack.

The head of the Chemical Attack Victims Association, Luqman Abdul-Qader, said that 486 victims live with debilitating sequelae after sustaining severe injuries back then.

With a thickness of 5 - 30 cm, snow forecasts will occur in the governorates of Kurdistan Region