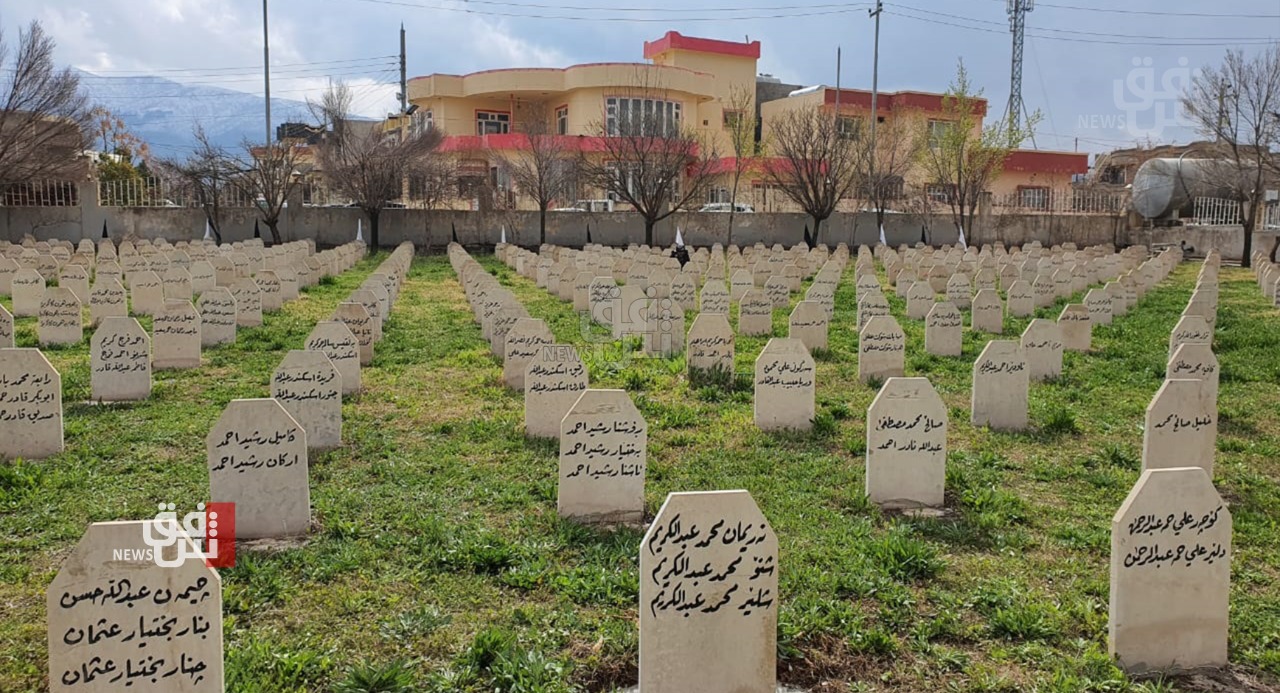 The Kurdish leader Masoud Barzani said in a tweet today, "On the 34th anniversary of this unspeakable crime, we solemnly reiterate that the will of our people is much stronger than chemical weapons, fighter aircraft and missiles."

Shafaq News agency's correspondent in Halabja reported that the residents took the streets protesting the authorities' "intentional neglect" they suffer from, noting that not receiving any compensations proves how bad the situation is.

Earlier today, the President of the Kurdistan Region, Nechirvan Barzani, urged the Iraqi government to implement its legal and moral obligations and compensate the residents of Halabja, which suffered at the hands of the former Iraqi regime", adding, "We ask the federal government to hasten the process of turning Halabja into a governorate."

On June 13, the Kurdistan region decided to establish Halabja governorate that includes the districts of Halabja, Shahrizor, Penjwen, and Sayed Sadiq. These districts were originally affiliated with al-Sulaymaniyah governorate.

However, the Federal government has not recognized Halabja as an independent governorate yet.

The President of the Kurdistan Region, Nechirvan Barzani, signed on March 13 a decision to establish the fourth governorate in the Region, Halabja.

There are 18 governorates in Iraq, and they will be 19 with the addition of Halabja to the list. Governorates are divided into districts, which are in turn divided into sub-districts.

The Iraqi Prime Minister, Mustafa al-Kadhimi, pledged to recognize Halabja as an independent governorate during his visit in September 2020.

The Russian ambassador to Iraq expresses compassion with Halabja’s families