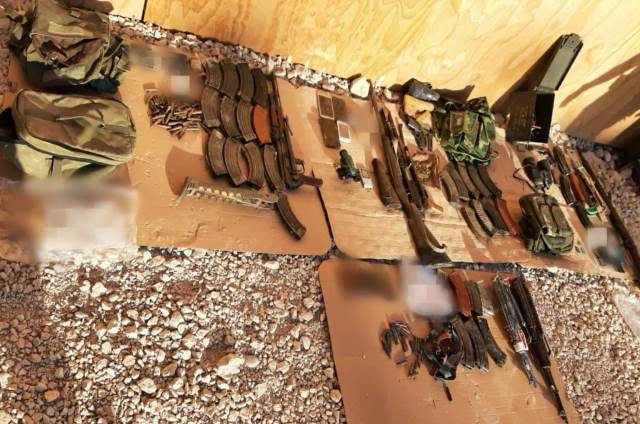 Shafaq News/ The Internal Security Forces (Asayish) arrested a member of ISIS in the countryside of Deir Ez-Zor, eastern Syria, and four other terrorists in the Al-Jazira region.

Asayish said on their official website, "Our HAT Special Units arrested an ISIS member in the village of Al-Izbah in Deir Ez-Zor countryside for his involvement in financing ISIS, planting mines, and targeting civilians and military personnel."

They added that during the operation, supported by the Global Coalition, "the HAT seized weapons, documents, and equipment that he was using in his terrorist activity."

It is noteworthy that Since the beginning of this year, the Syrian Democratic Forces and the Internal Security Forces, with the support of the Global Coalition, have launched dozens of operations against ISIS cells in the countryside of Hasakah and Deir Ez-Zor.

In another statement, the Asayish announced another operation in northeastern Syria.

The statement said that HAT raided a location where a group of terrorists deployed in the Al-Jazira region and arrested four people who finance and recruit for ISIS in the village of Nafael, north of the town of Al-Hol in the eastern countryside of Al-Hasakah city.

HAT also seized weapons and technical equipment used in assassinations and planting mines for "destabilizing security, spreading strife in our societies and spreading terror and panic in the hearts of the people."

"The forces of the Autonomous Administration in all regions of northeastern Syria will continue to pursue the terrorist organization members to reduce acts that threaten the lives of our people and to combat their inhumane acts so that security and peace can last." The statement concluded.4