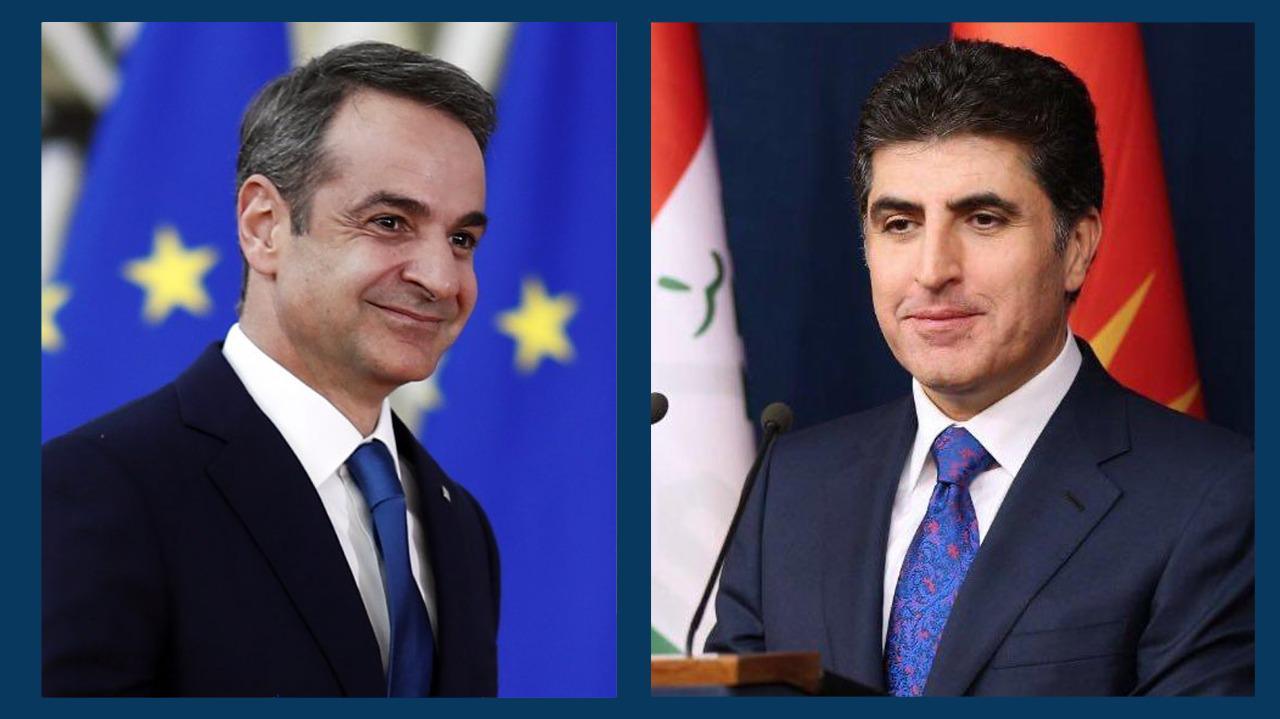 The Presidency of the Region said in a statement that Nechirvan Barzani, President of Kurdistan Region, and Mitsotakis, had a phone call today, in which they discussed relations between Iraq, the region, and Greece, noting that the two sides affirmed their keenness to enhance partnership and cooperation between the two sides.

According to the statement, the Greek Prime Minister apologized for postponing his upcoming visit to Iraq and the Kurdistan Region, expressing his will to pay it at an appropriate time.

The two sides also reviewed the recent updates of the epidemiological situation, and several files of mutual interest, according to the statement.