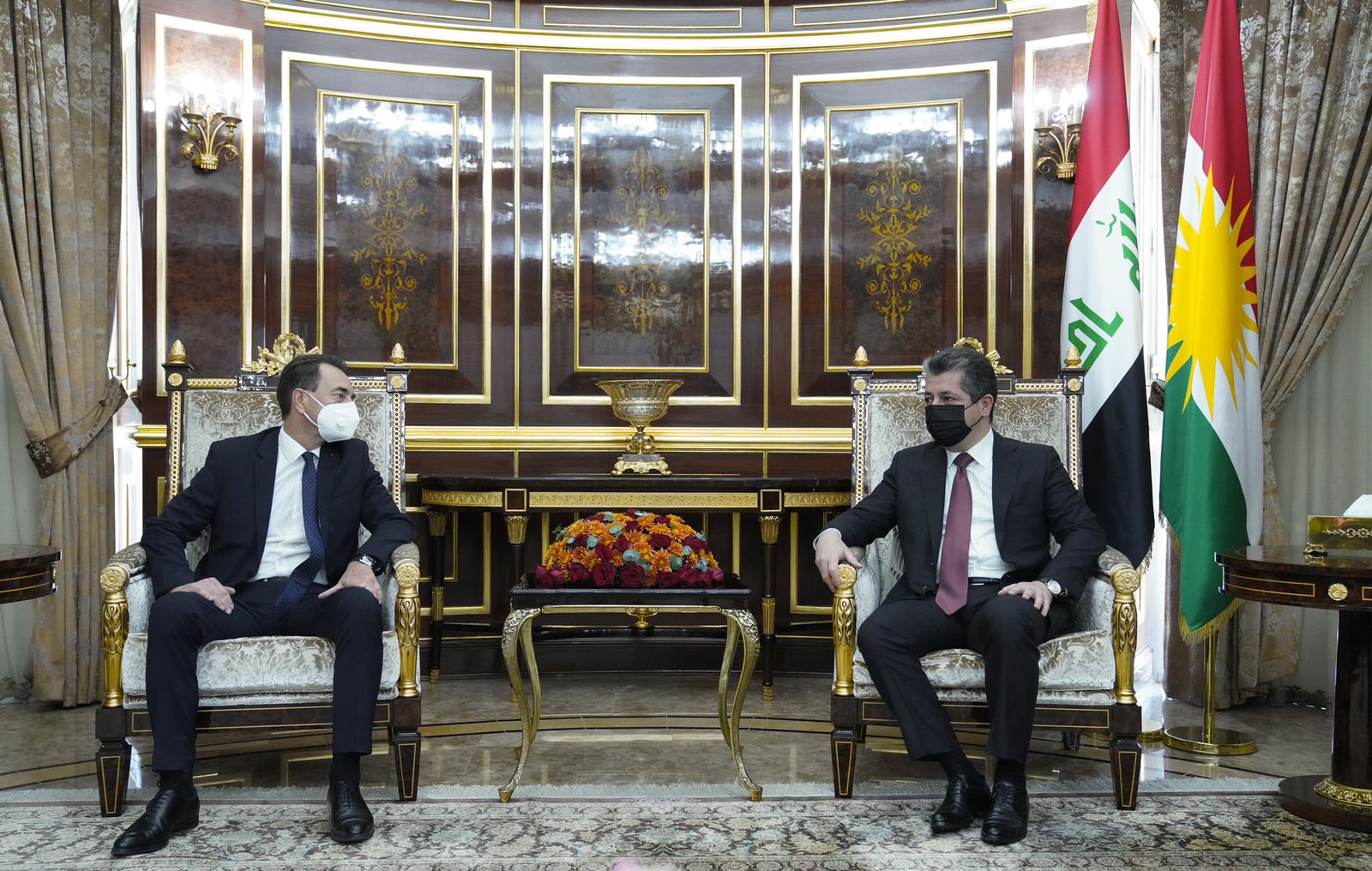 The remarks of the French diplomat came during his meeting with the Prime Minister of the Kurdistan Region, Masrour Barzani, earlier today, Sunday.

According to a readout issued by his office, PM Barzani offered his congratulations to the French ambassador for commencing his term, wishing him success in his mission.

PM Barzani shed light upon "the historic ties and friendly relations between France and the Kurdistan Region and thanked it for its continuous support for the people of Kurdistan."

Chevallier lauded the "economic prosperity and reconstruction that he noticed in the Region and the reforms of KRG's ninth cabinet," reiterating his country's willingness to bolster the prospects of cooperation with Kurdistan.

The meeting touched upon the Baghdad-Erbil ties, the upcoming elections, and the ways to deter ISIS threats.