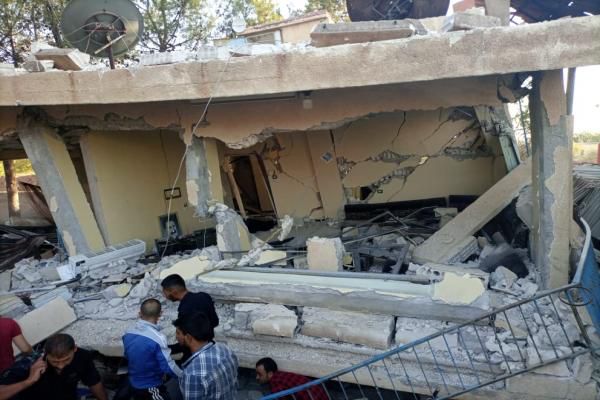 Shafaq News/ The Syrian Democratic Forces announced that four of its members were killed and others were wounded in Turkish bombardment on the headquarters of the Military Council in Tal Tamer, north of al-Hasakah.

According to a statement by the military council, the bombardment killed four SDF members, wounded others, and damaged civilians' houses.

Earlier today, a car belonging was exposed to an explosion on the road linking Qamishli - Amuda, believed to have been targeted by a Turkish drone, injuring three people, including a leader in the Autonomous Administration, according to Shafaq News Agency sources.

US imposes Syria-related sanctions on officials and entities