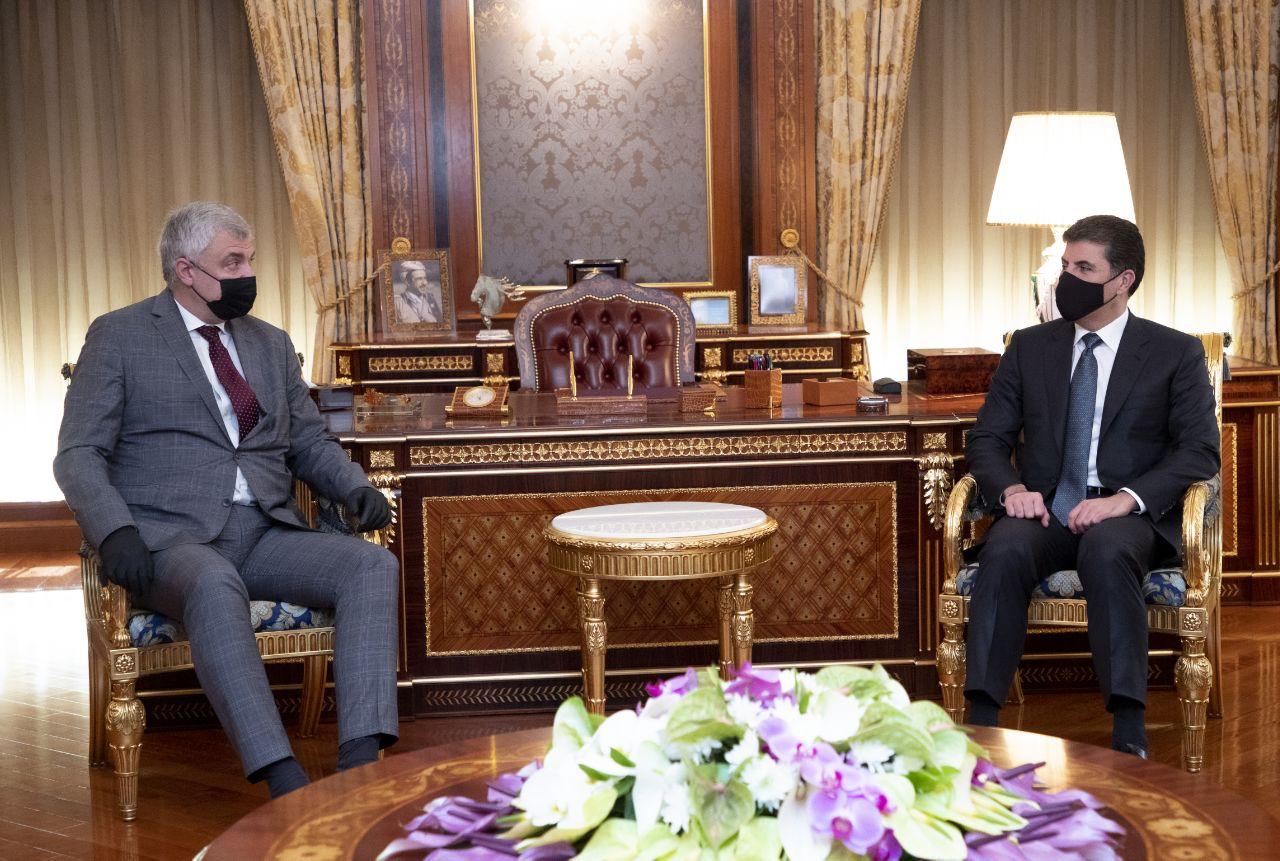 Shafaq News / The President of Kurdistan Region, Nechirvan Barzani, confirmed during his meeting today with the Russian Ambassador to Iraq, Maxim Maximov, upgrading the relations and the exchange of visits of more delegations between the two sides.

The presidency of the region said in a statement today that Barzani and Maximov, "agreed that the Erbil-Moscow relations would not remain confined to cooperation in the field of energy, and that these have relations expand and diversify, especially in the agricultural and industrial fields, and that the representatives of the Kurdistan Region would participate in the Iraqi delegations visiting Russia. "

In a meeting attended by the Russian Consul General in Erbil, they discussed the relations of the Kurdistan Region and Iraq with the Federal Republic of Russia, the work of Russian energy companies in the Kurdistan Region, the latest developments in the political and security situation in Iraq, the upcoming Iraqi elections, Erbil-Baghdad relations and dialogue to solve their problems, terrorism, in addition to other issues of mutual concern on both sides, according to the statement.

Erbil is open for Iraqi tourism