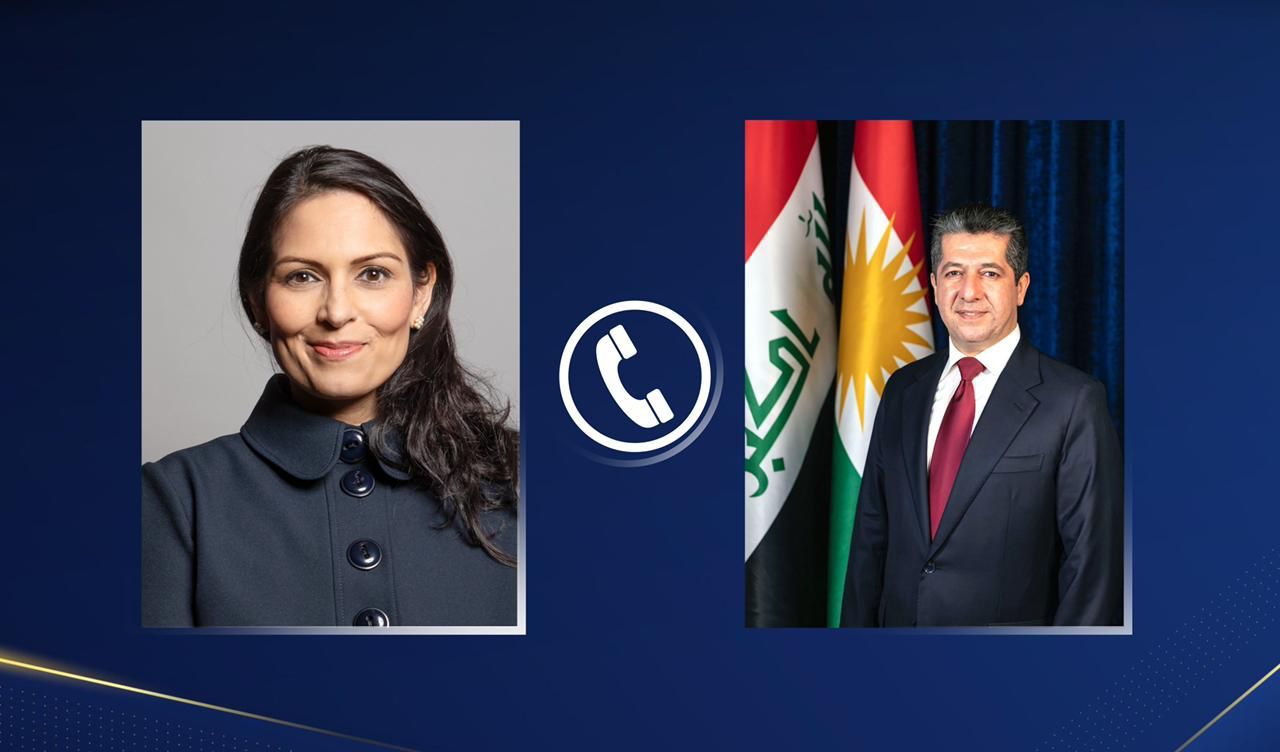 Shafaq News/ The Prime Minister of the Kurdistan Region, Masrour Barzani, received today a phone call from the Home Secretary of the United Kingdom Priti Patel, during which they discussed the conditions of Kurdish migrants in Belarus.

The government said in a statement that the two parties discussed the conditions of migrants on the border between Belarus and Poland.

Patel expressed her, "solidarity with the Prime Minister following the martyrdom of civilians and Peshmerga members in the recent attacks committed by ISIS terrorists."

The Prime Minister expressed concern over the difficult situation that Kurdish migrants are going through on the Belarusian-Polish borders, stressing the need to deal with the situation following international law, and provide them with humanitarian aid.

PM Barzani pointed out that the terrorism threats and the instability of the security situation contribute to increasing migration rates.

According to the statement, Barzani stressed the importance of coordination between the UK, France, and the European Union countries to address the migrants' problems, and announced KRG's readiness to coordinate with Baghdad and European countries in this regard.

The two parties also emphasized the need for coordination to take legal measures against gangs and smugglers who deceive and mislead migrants.