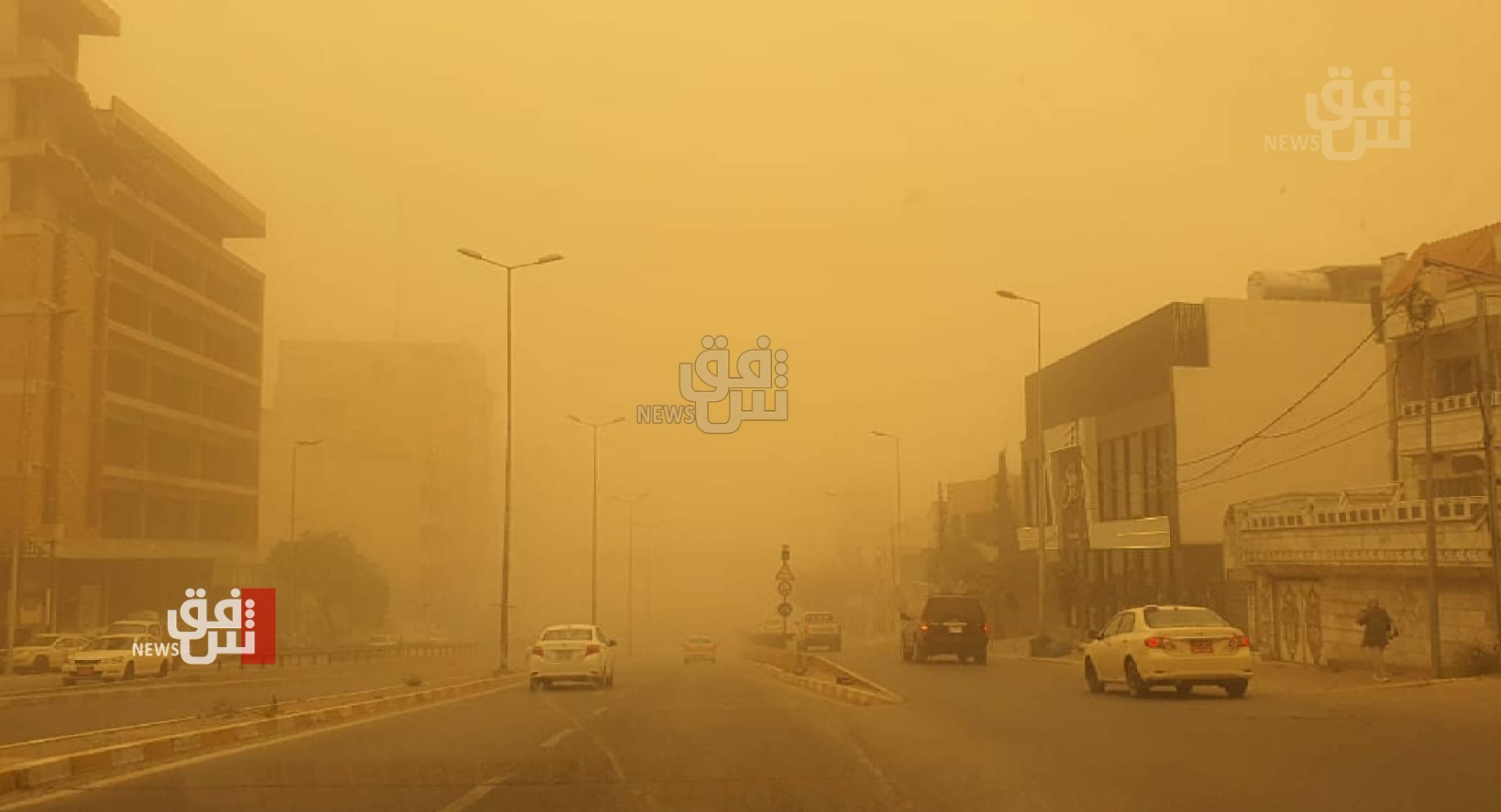 Shafaq News/ On Tuesday, more than 290 people were transferred to hospitals due to the dust storm that chocked several Iraqi regions.

Al-Sulaymaniyah Health Department said that about 130 people were taken to hospitals. Some of them were in critical conditions and suffered from shortness of breath.

Garmyan authorities reported that 133 cases of suffocation were recorded during the past hours in Garmyan and Halabja.

Many Iraqi governorates were shrouded in thick brown dust due to strong winds.

Chamchamal Health Department said that more than 30 people, including children, were transferred to hospitals. Some of them were in critical conditions

The meteorologist Aso Kamal said that the dust storm would continue until the end of the week, also expecting that "it will be improved today."

A dust storm, also called a sandstorm, is a meteorological phenomenon common in arid and semi-arid regions. Dust storms arise when a gust front or other strong wind blows loose sand and dirt from a dry surface.