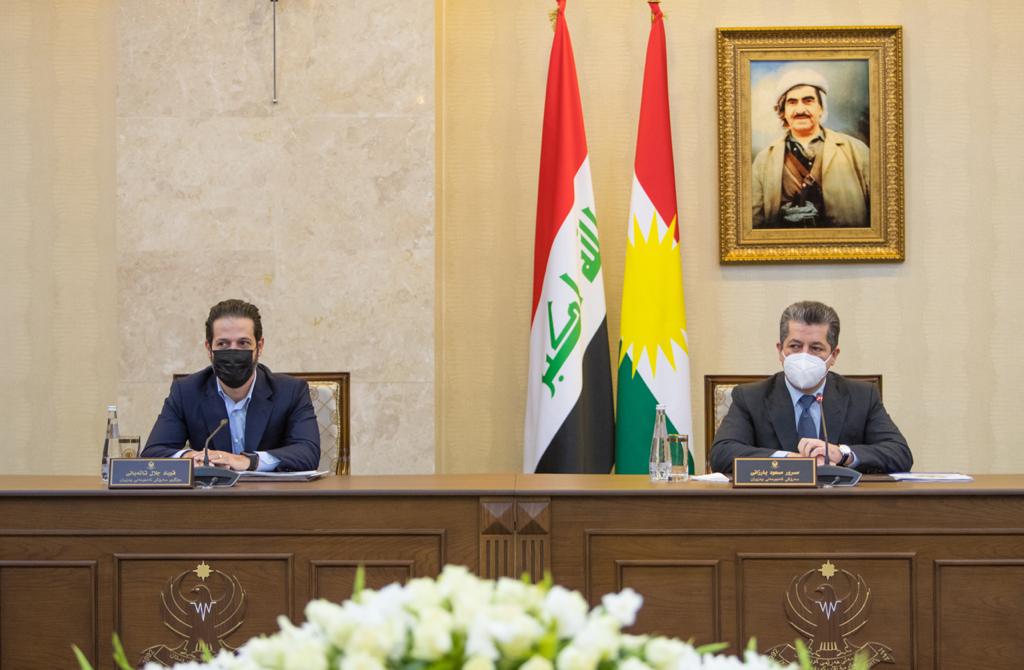 Shafaq News / An official Kurdish delegation went on Thursday evening to Baghdad to discuss the 2021 financial budget with the federal Government.

The delegation is headed by the Finance Minister Awat Sheikh Janab, and included Khaled Shawani, Minister of Regional Affairs, and Abdul Hakim Khosro, Director General of Coordination and Follow-up in the Council of Ministers, and others. An informed source told Shafaq News Agency.

He added that the delegation would meet with officials of the Iraqi Ministry of Finance to discuss the country's draft fiscal budget for 2021.

The Kurdish Prime Minister sent a letter today to the Federal Prime Minister looking for resolving the outstanding problems between the two sides and confirming the region's permanent readiness to resume the talks about these problems.

In his letter, Barzani remind Al-Kadhimi of the initiatives taken by the Kurdish side to find solutions by sending many official delegations to Baghdad.

He also stressed that, since the formation of the current government, Kurdistan agreed to all the provisions of the draft federal budget that include the financial dues for the region.

Barzani said, "according to the agreement with Baghdad (Oil for financial dues), Kurdistan delivered all oil and non-oil duties to the federal government but did not receive neither the financial duties for the months of May, June, July and October 2020, nor the salaries of the Peshmerga."

In 2020, the government of Iraq and the region of Kurdistan have reached an agreement on Erbil’s contribution to the federal budget.

The deal includes a transfer of 250,000 barrels per day (bpd) from the oil-producing region to Iraq’s national budget.