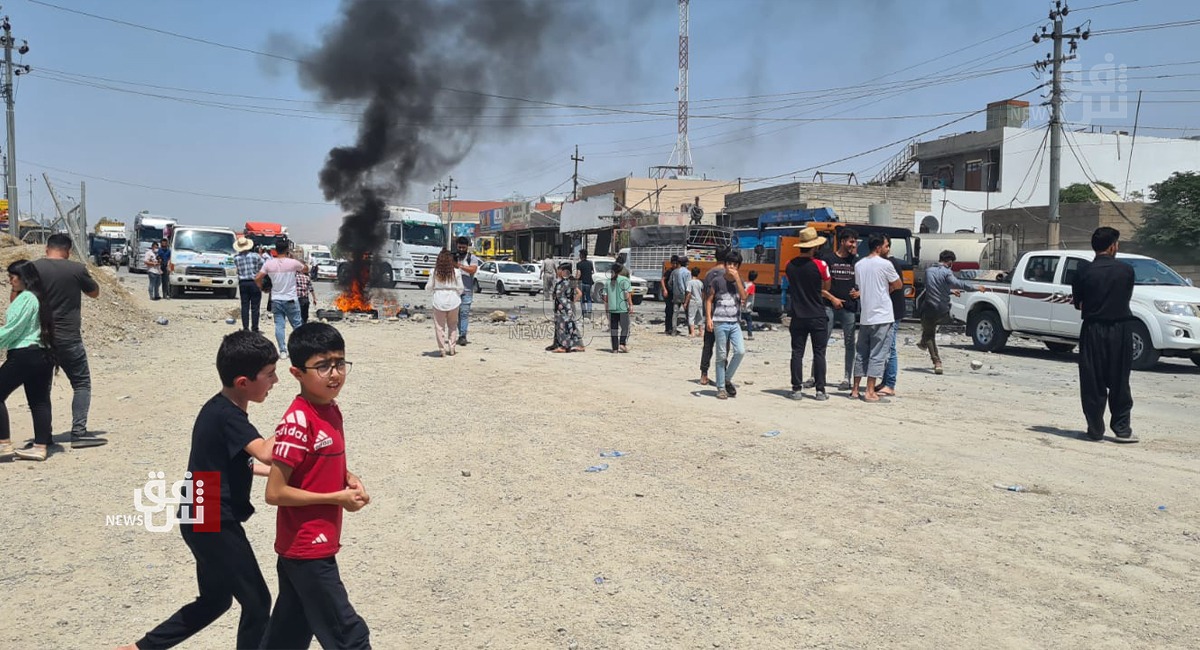 Shafaq News/ Dozens of angry demonstrators took the streets of Tangro, 30 kilometers to the east of al-Sulaymaniyah, to protest a five-year-long potable water outage.

Shafaq News Agency correspondent said that the demonstrators blocked the road with burning tires and halted the traffic movement.

"We demonstrated today because of the water shortage that we have been suffering from in the neighborhood for five years. Yet, the problem has not been addressed by the officials," a demonstrator told Shafaq News Agency correspondent, "we pay hefty prices for private tankers. We do not have the financial capacity to pay that much. Most of us work in the dumpsters."

Another demonstrator said, "one tanker of potable water costs 20,000 dinars. Seven hundred families live in the neighborhood. We all work in the dumpsters, and we suffer from diseases. The government says we are squatters. We do not have another place to go."

In Karbala, unpaid lecturers blocked a main street in the city to demand enrolling them on the state's payroll as contractors.

The demonstrators warned of escalation if the government continue to disregard their demands.

Fire erupted in grasslands in al-Sulaymaniyah