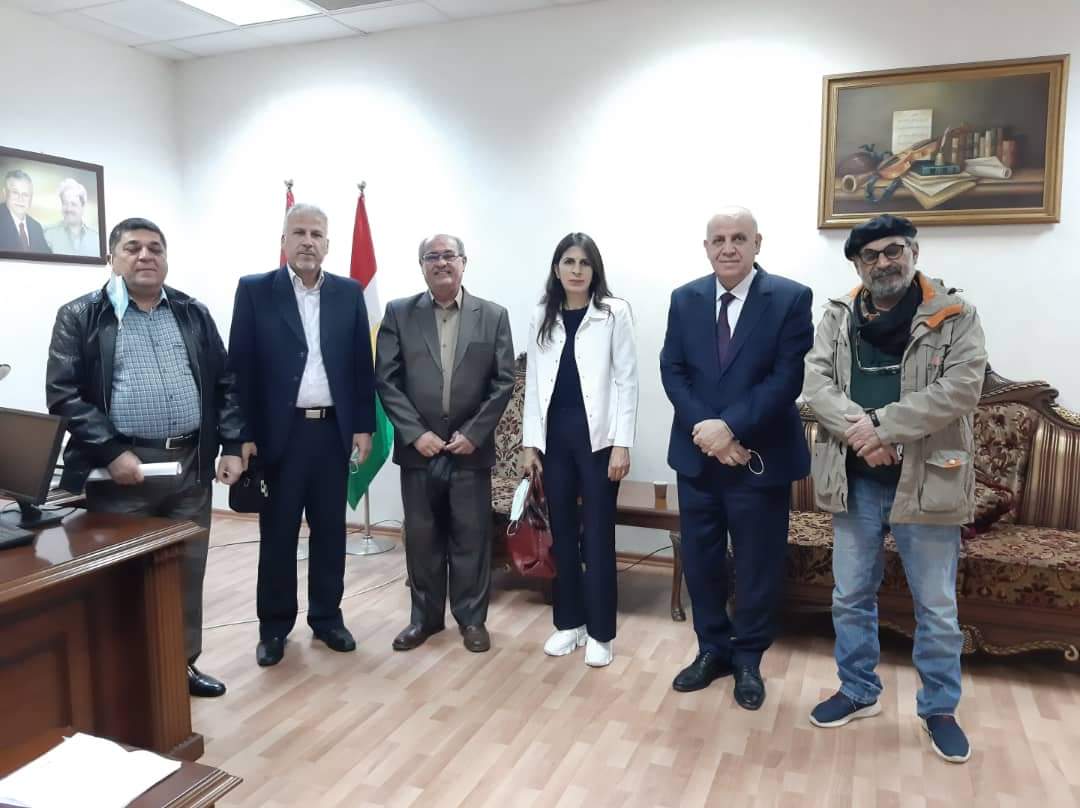 Shafaq News / Cultural and media organizati9ons coming from the Kurdish Autonomous Administration regions in northeastern Syria have continued their tour in the Kurdistan Region of Iraq, to ​​discuss the challenges facing the Kurdish parties.

The Kurdish Writers Union in Syria said on its official website that it had made several visits to media and cultural agencies in the cities of Duhok, Al-Sulaymaniyah, Erbil and other areas in the Kurdistan Region of Iraq, with the aim of "bringing closer views between the cultural and media parties, and opening channels of dialogue between the Kurdish parties in northern and eastern Syria and the region, as well as unifying the positions towards the dangers facing the Kurdish nation.

The tour also held a discussion on the cultural and media situations in Rojava - West Kurdistan - and Bashauri - South - Kurdistan, the role of the intellectual in building bridges of rapprochement, rejecting violence and hate speech, as well as the need to exchange views to form a unified Kurdistan cultural discourse.

It is noteworthy that the delegation began its visit to the Kurdistan Region on the twenty-fourth of last month, where it has so far met with many cultural and media personnel, provided that their visit will continue for several more days.