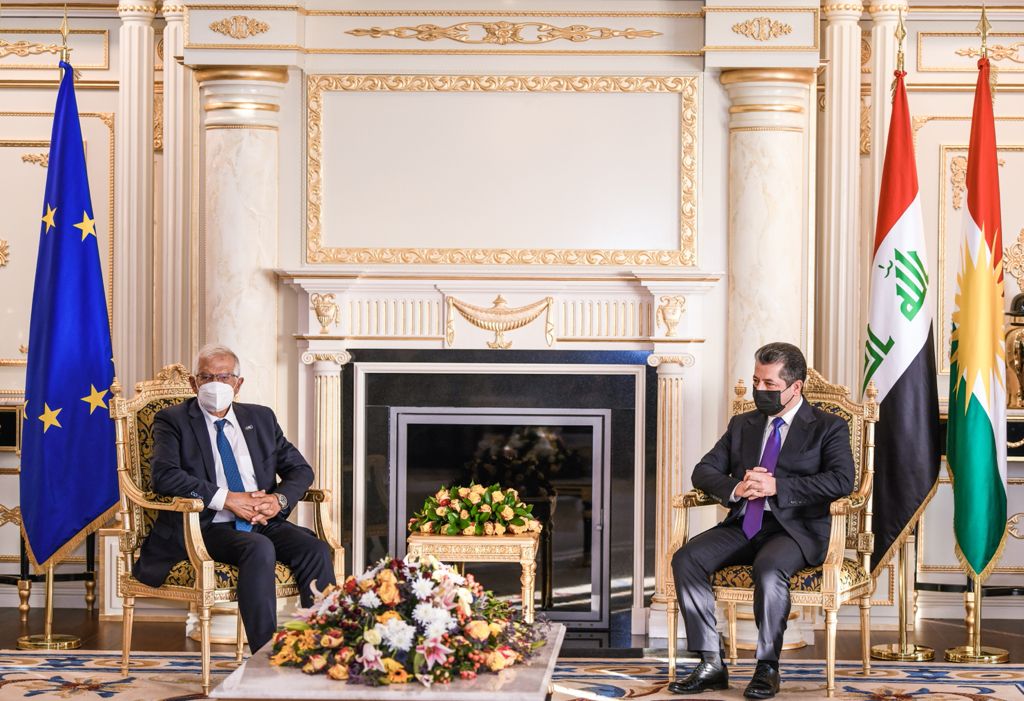 The remarks of the EU's top diplomat came during his meeting with PM Barzani in the capital of the Region, Erbil, according to a readout issued by the Kurdistan Regional Government.

Borrel highlighted Kurdistan's role as a stabilizing factor in the Middle East, stressing that the EU will continue to support the Region, particularly in the battle against terrorism.

For his part, the Prime Minister expressed gratitude for the European Union's supporting position to Kurdistan, laying emphasis on "the role of the EU observation teams during the upcoming elections, especially in the Kurdish territories outside the region's jurisdiction."

According to the readout, the meeting touched upon the economic ties between Kurdistan and the European Union, the reforms executed by the ninth cabinet, the Baghdad-Erbil relations, the living conditions of the internally displaced persons in Kurdistan.

PM Barzani: I have full confidence in the security forces' capacity to protect voters