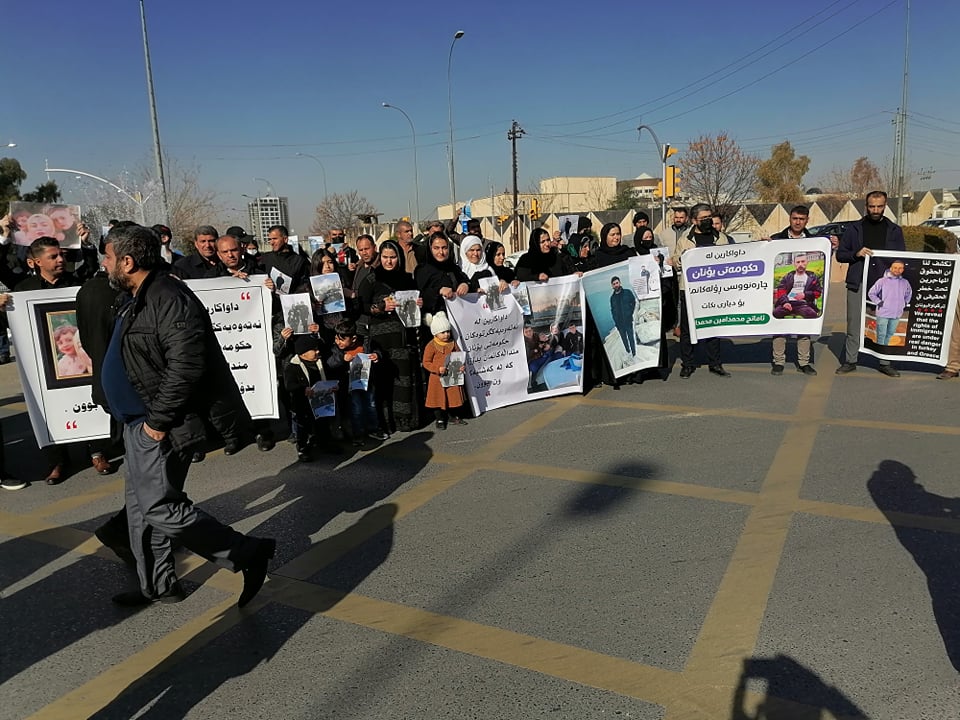 Shafaq News / The families of victims who went missing in the Aegean sea demonstrated today in front of the Kurdistan Regional Government building in Erbil, demanding it to uncover their relatives' fate.

The demonstrators said there are 28 missing persons whose fate had not been known yet. However, KRG is expected to recover the bodies of eight victims who lost their lives in recent shipwrecks in the Aegean sea.

UNHCR estimates that from January until the end of November 2021, more than 2,500 people have died or gone missing at sea in their attempt to reach Europe, through the Mediterranean and the northwestern African maritime route.