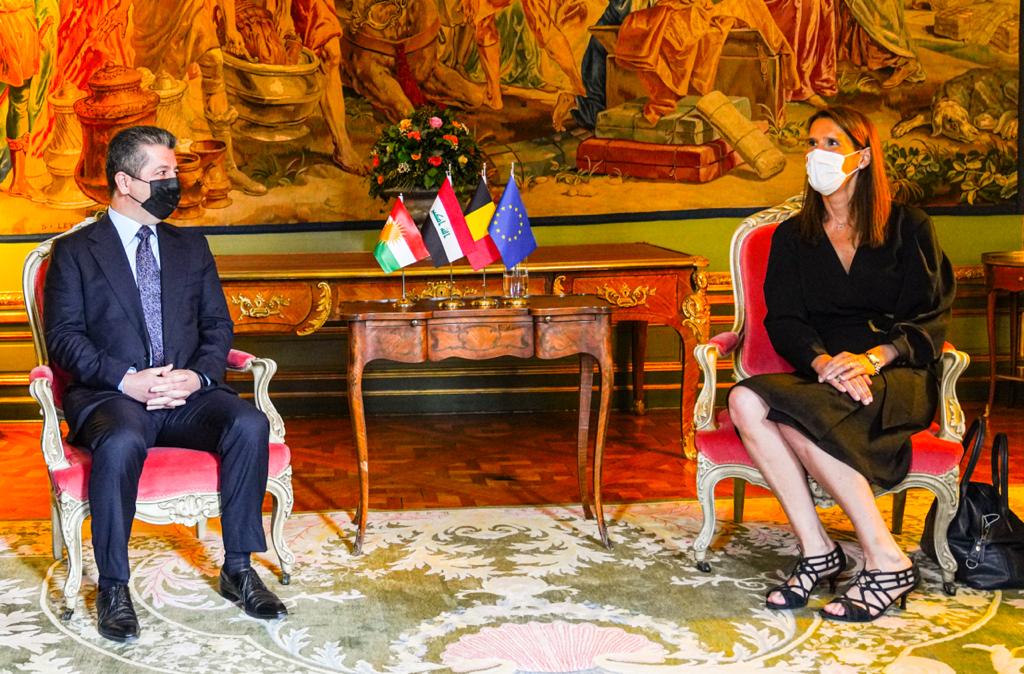 Shafaq News/ On the second day of his visit to the capital of Belgium, Brussels, the Prime Minister of the Kurdistan Region, Masrour Barzani, convened with the Belgian Deputy Prime Minister and Minister of Foreign Affairs, Sophie Wilmes.

According to a readout issued by the Prime Ministry, PM Barzani and DPM Wilmes discussed the development of the Erbil-Brussels ties and the latest updates on the situation in the Iraqi arena.

The meeting touched upon the relation between the Federal and Regional governments, ISIS, the battle with terrorism and extremism, and a spectrum of other issues of mutual interest.

PM Barzani expressed his gratitude to Belgium and the Coalition for supporting Kurdistan in the war against the terrorist organization of ISIS, laying emphasis on the necessity of maintaining patent cooperation and coordination channels between Belgium and Iraq and Kurdistan, and the Region's commitment to the culture of coexistence.

For her part, the Belgian Minister of Foreign Affairs thanked the Government of the Region for facilitating its diplomats' missions in Iraq and Syria, expressing her country's endeavors with Kurdistan and aspirations to bolster the Belgium-Kurdistan relations.