Barzani stresses the need to implement the Sinjar agreement 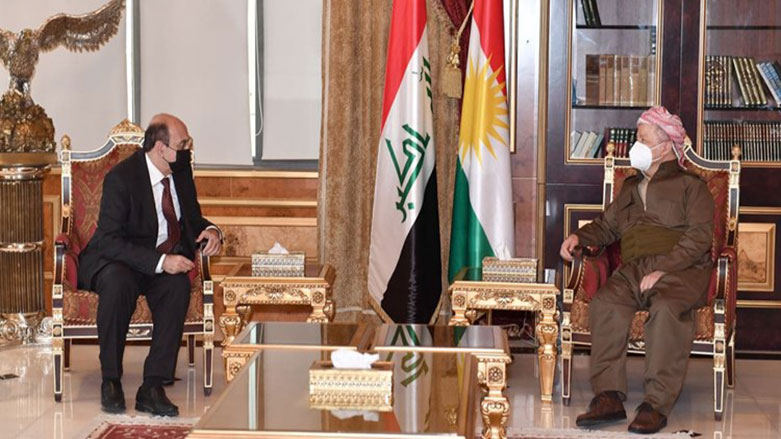 Shafaq News / The Kurdish leader, Masoud Barzani, urged the Yazidi Kurds not to allow foreign voices to harm their unity, identity, and religion, stressing the need to implement the Sinjar agreement.

A statement issued by Barzani's office said that he received a delegation headed by the Emir of the Yazidis, Hazem Tahseen Belk, indicating that during the meeting, both parties discussed the challenges facing the normalization of the situation in Sinjar.

The delegation requested harnessing all capabilities for the Yazidis to be able to return to their properties and work, overcoming the obstacles, and implementing the Sinjar agreement.

For his part, Barzani stressed his supports for the Yazidis' demands, noting that the Peshmerga forces have lost 500 martyrs in the war against ISIS to liberate the Sinjar region.