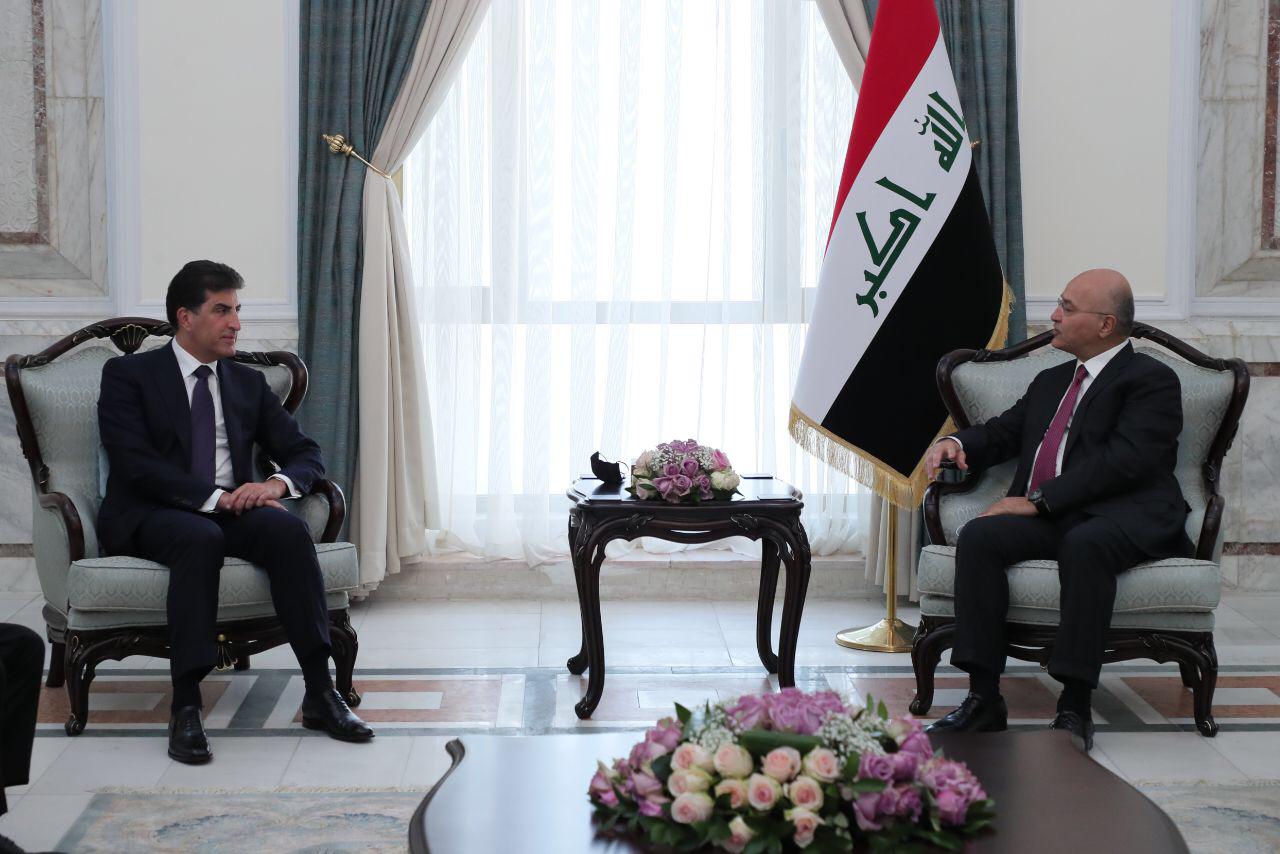 Shafaq News / the President of Kurdistan Region, Nechirvan Barzani, met the Iraqi president, Barham Salih, today, within the series of meetings he is conducting in Baghdad.

According to a statement issued by the presidency of the region, Barzani and Saleh exchanged views on the political situation in Iraq and the region, pointing out that they discussed the importance of unifying forces and capabilities to overcome crises and differences.

The statement noted that the meeting focused on the recent developments in the region, as well as the need to develop relations between Iraq and other countries.

Nechirvan Barzani: We insist on implementing the Sinjar agreement