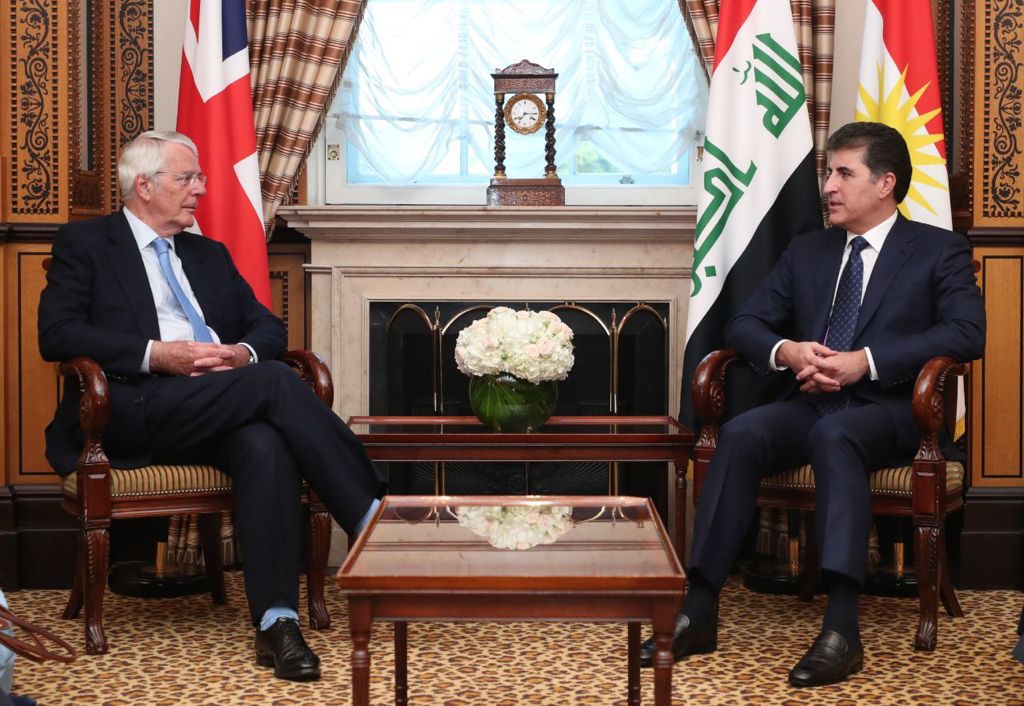 Shafaq News/ The President of Kurdistan Region, Nechirvan Barzani, met in London with “the friend of the Kurdistan people,” the former British Prime Minister John Major.

In a statement, Kurdistan’s presidency said that Barzani met with “the politician, former prime minister, and friend of the Kurdistan people, John Major.”

The statement added that the President renewed “thanks and appreciation of the Kurdish people to John Major for his support and assistance to Kurdistan in difficult times along with other friendly peoples and countries which resulted in was the issuance of the international resolution 688, which imposed a safe area for the Kurdish.”

In this context, Barzani said that the people of Kurdistan would never forget the sympathy and friendship of Major and the British people and government and other countries.

For his part, Major expressed his love for Kurdistan again, wishing success to its people.

According to the statement, both sides discussed the political and security situation in Iraq and the Region and other topics of common interests.