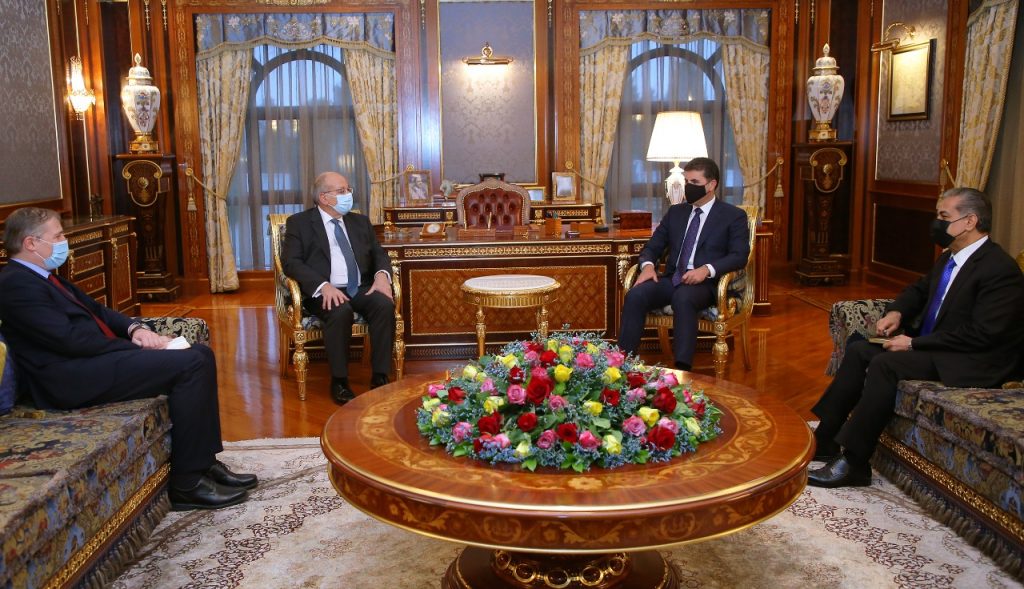 Shafaq News / The President of Kurdistan, Nechirvan Barzani, commended the Greek Consul General's efforts in Erbil, who also hoped in his turn to develop relations between both countries after they were affected by the pandemic.

In his turn, the Greek ambassador extended his thanks to Barzani and the Kurdistan Regional Government for their support and activities of the general consulate of his country in Erbil, hoping to resume the activities that have been reduced due to the outbreak of COVID-19.

The two sides discussed Erbil-Baghdad relations and the dialogue between the Kurdistan Regional Government and the Iraqi federal government, the dangers of terrorism and ISIS threats, the upcoming Iraqi elections, as well as several issues of common interest.