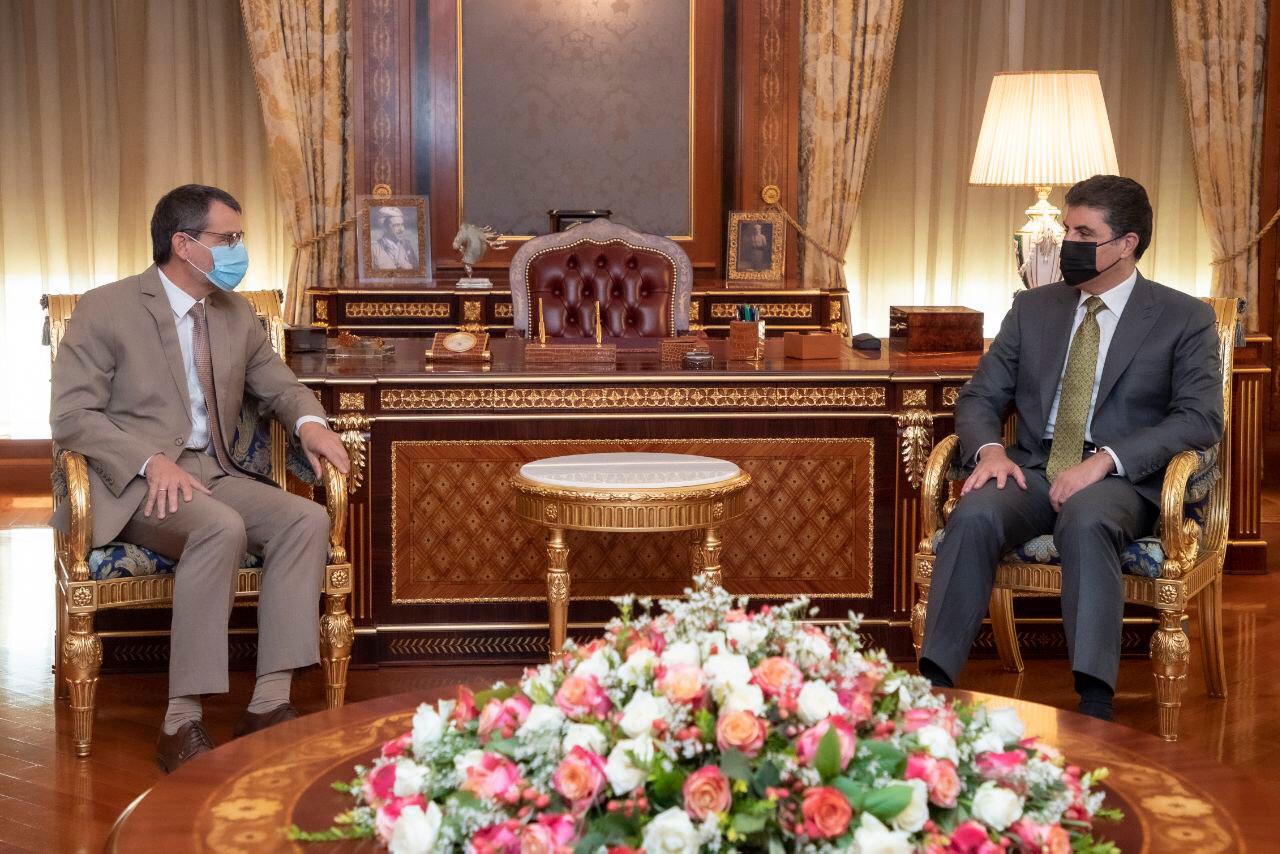 Shafaq News / The President of Kurdistan Region, Nechirvan Barzani said on Tuesday that the stability of Iraq and resolving disagreements between Erbil and Baghdad are two related issues.

According to a statement issued by the presidency -received by Shafaq News agency -, "Barzani met today, Martin Huth, Ambassador of the EU to Iraq, adding that during the meeting which was attended by the representative of the European Union in the region, the two sides discussed the steps of Iraq and the region in confronting the Corona virus pandemic, and its repercussions on the economic sector, as well as the risks of terrorism and ISIS movements, the political file, the tasks of the new Iraqi government and the upcoming early elections in the country."

The statement noted that the latest developments in the talks between the Regional and federal governments were discussed, as Barzani stressed that the differences between Erbil and Baghdad are not limited to the salaries and the budget issues only, but that the stability of Iraq, and resolving these differences are two linked issues, indicating that the European Union and the international community can help Iraq in this regard.

The statement added that during the meeting, the two sides expressed their support for early elections in Iraq, discussed the relations with neighboring countries, the role of the European Union and the United Nations in Iraq, and investment opportunities for European capitalists in Iraq and the Kurdistan Region.