Barzani from Baghdad: UN can mediate to solve Baghdad-Erbil disputes 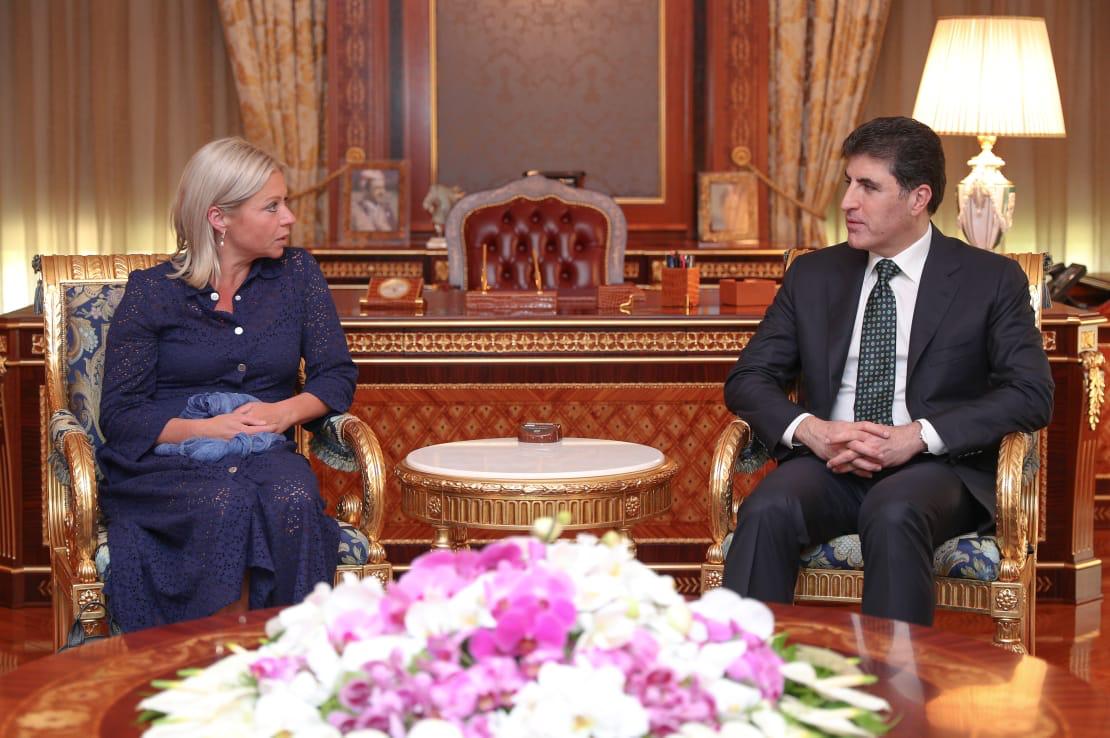 Shafaq News / President of the Kurdistan Region, Nechirvan Barzani, met on Wednesday afternoon with the Special Representative of the Secretary-General of the United Nations in Iraq, Mrs. Jenin Hennes-Blackshart.

According to a statement of the presidency of the region received by Shafaq News agency, Barzani and Blackshart discussed the political process and the developments in Iraq and Kurdistan Region, pointing out that they highlighted the relations and dialogue between Erbil and Baghdad in the light of the recent understanding between the two sides on the issue of the budget and salaries of Kurdistan Region employees.

Barzani referred to the role of the United Nations team in Iraq to urge them to conduct a serious dialogue to reach a radical and final solution to the outstanding issues on the basis of the constitution. Barzani also highlighted the report which the representative of the United Nations Secretary-General in Iraq submitted to the UN Security Council on the importance of implementing the constitution and the Federal system in Iraq.

The statement noted that the latest developments regarding the outbreak of COVID-19 pandemic and how to confront it, the upcoming Iraqi elections, the election law and the conditions of displaced and refugees in Kurdistan Region camps were also discussed in the meeting.