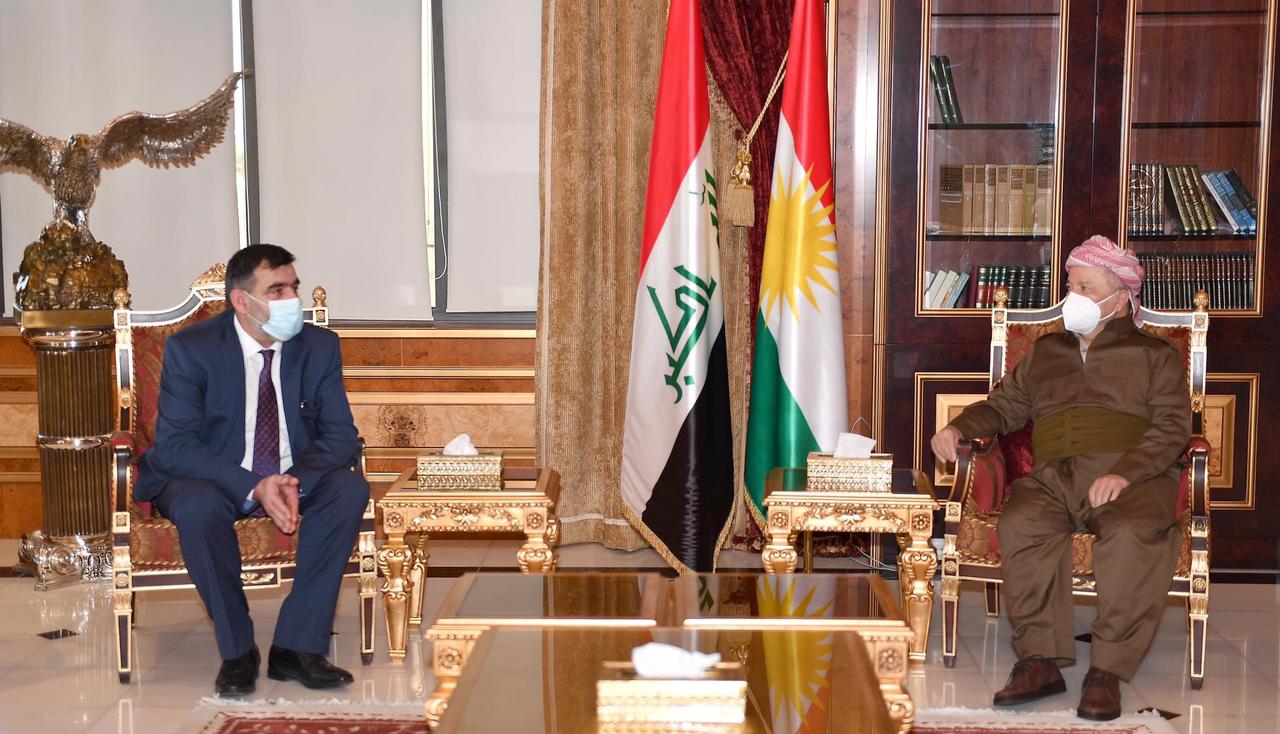 Shafaq News / The head of the Kurdistan Democratic Party, the Kurdish leader, Masoud Barzani, discussed today, with the Armenian Consul to the region, Ashrak Manoukian, the political situation in the region and the development of relations between Kurdistan and Armenia.

According to a statement issued by Barzani's office, Manoukian expressed his appreciation for Barzani's historical efforts and struggle for the freedom and rights of the people of Kurdistan, as well as his role in consolidating stability.

The statement added that the two sides emphasized the importance of enhancing relations between the Kurdistan Region and Armenia.