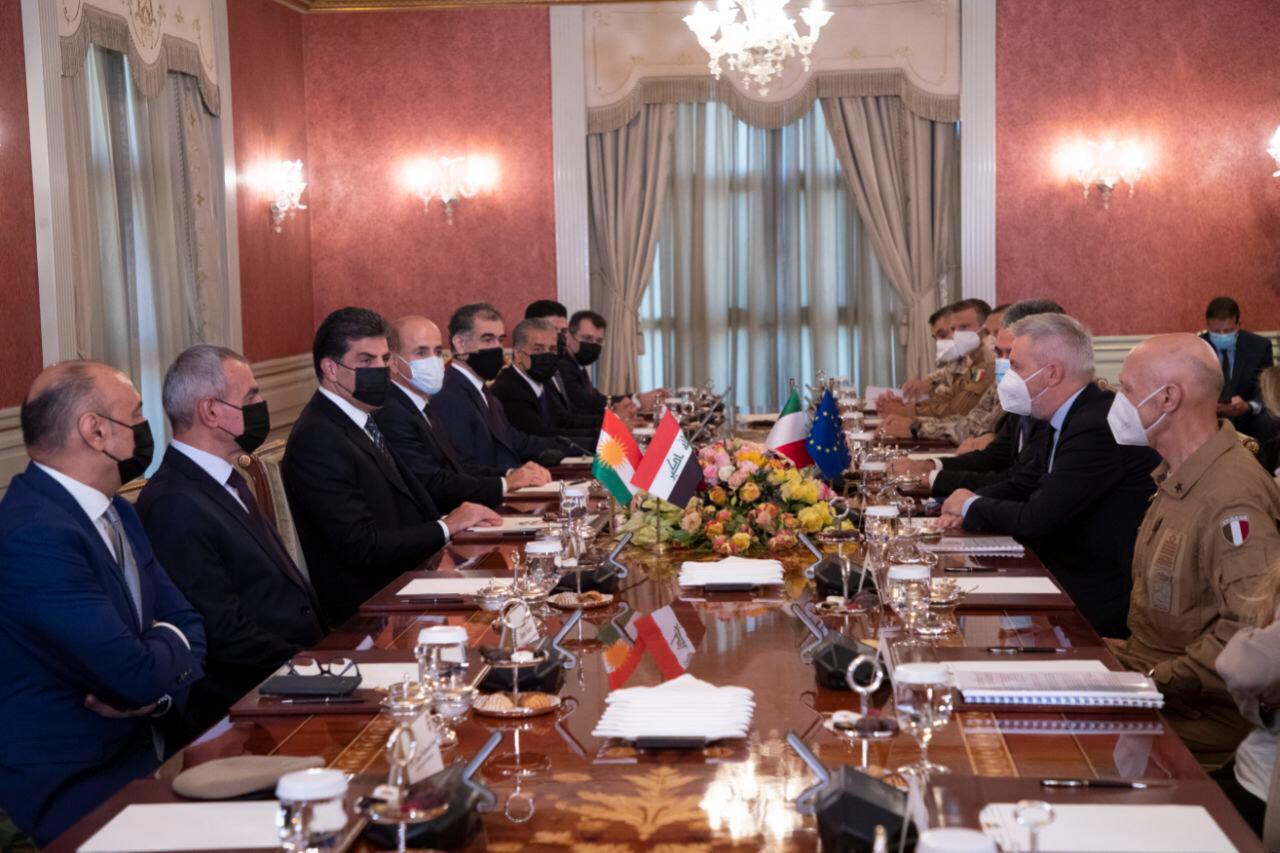 Shafaq News / The President of Kurdistan Region, Nechirvan Barzani, discussed on Tuesday with the Italian Minister of Defense, Lorenzo Guerini, the security situation in Iraq and the armed groups' attacks to diplomatic missions and the international coalition forces, in addition to the movements and threats of ISIS.

According to a statement issued by the Presidency of the Region, the two parties stressed the need for joint action against ISIS until its elimination, and emphasized the importance to support the international coalition.

Furthermore, the Italian Minister affirmed his country's support for the Kurdistan Region.

Regarding the security situation in Iraq, Barzani said, "Diplomatic missions must be protected because their presence is important and necessary in supporting Iraq. Kurdistan supports the Iraqi Prime Minister, Mustafa Al-Kadhimi, and the decisions he is making to end threats".

The parties also discussed the latest developments of COVID-19 and ways to benefit from Italy's experience in this field, along with other issues of common interest.