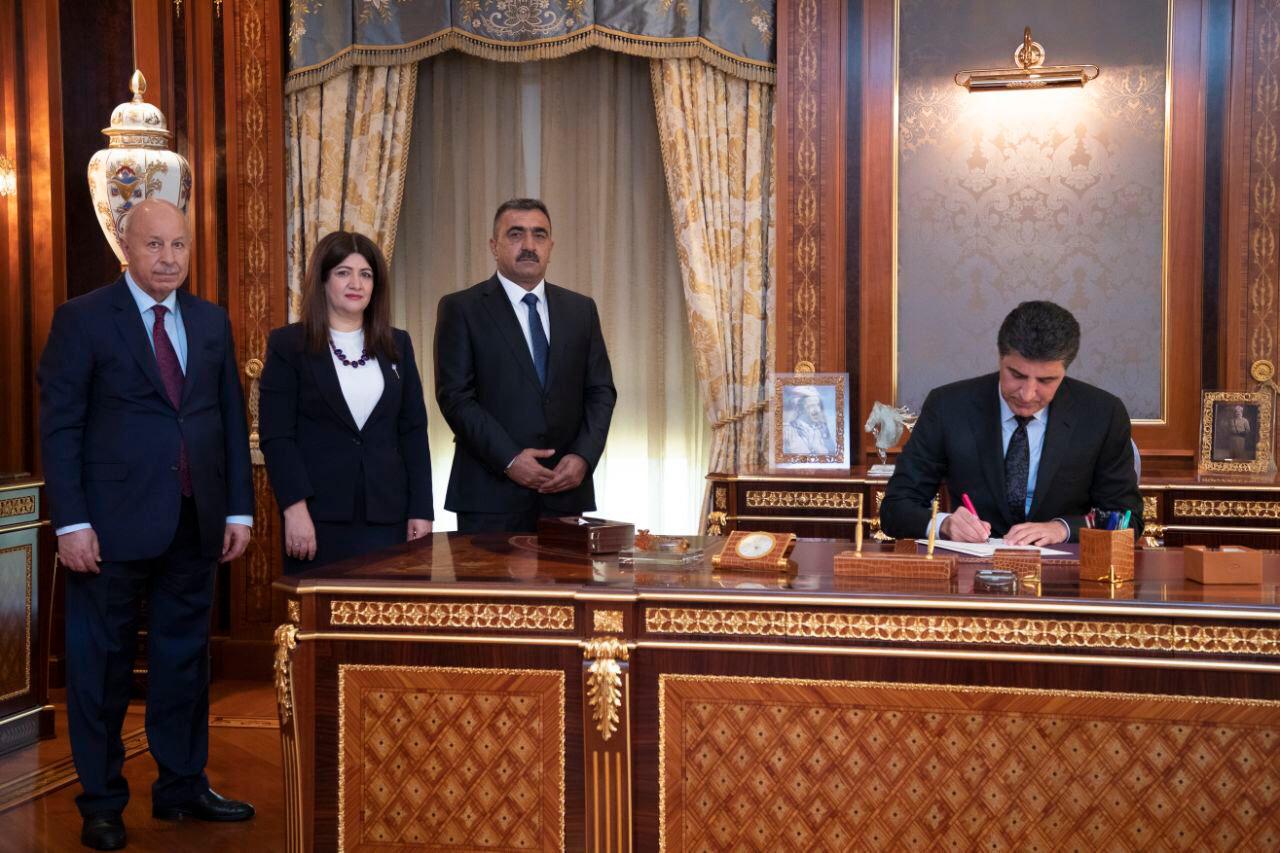 Shafaq News / The President of Kurdistan Region, Nechirvan Barzani signed, on Sunday, a regional decree appointing Jabbar Mustafa Rasool as head of the General Organization for Mine Affairs in the region.

Furthermore, Barzani expressed his full support and cooperation to the head of the organization.