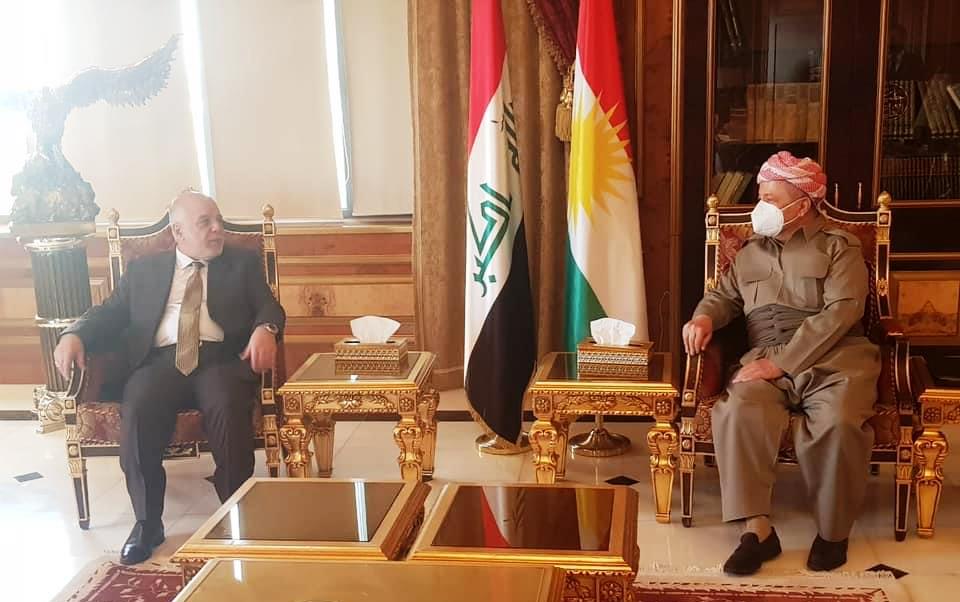 Shafaq News/ Iraq's former Prime Minister, Haidar al-Abadi, discussed with the Kurdish leader, Masoud Barzani, the updates on the political arena in Iraq and preparations for the Iraqi legislative elections.

According to the former PM's media office, Barzani and al-Abadi Condoled the families of the tragic fire in the Imam Hussein hospital in Nasiriyah, Dhi Qar's capital city.

The meeting touched upon an array of issues of mutual interest, including the preparations for the Iraqi legislative elections scheduled for October 10, and emphasized the need to join efforts and secure a favorable atmosphere for democratic, transparent, and fair elections.