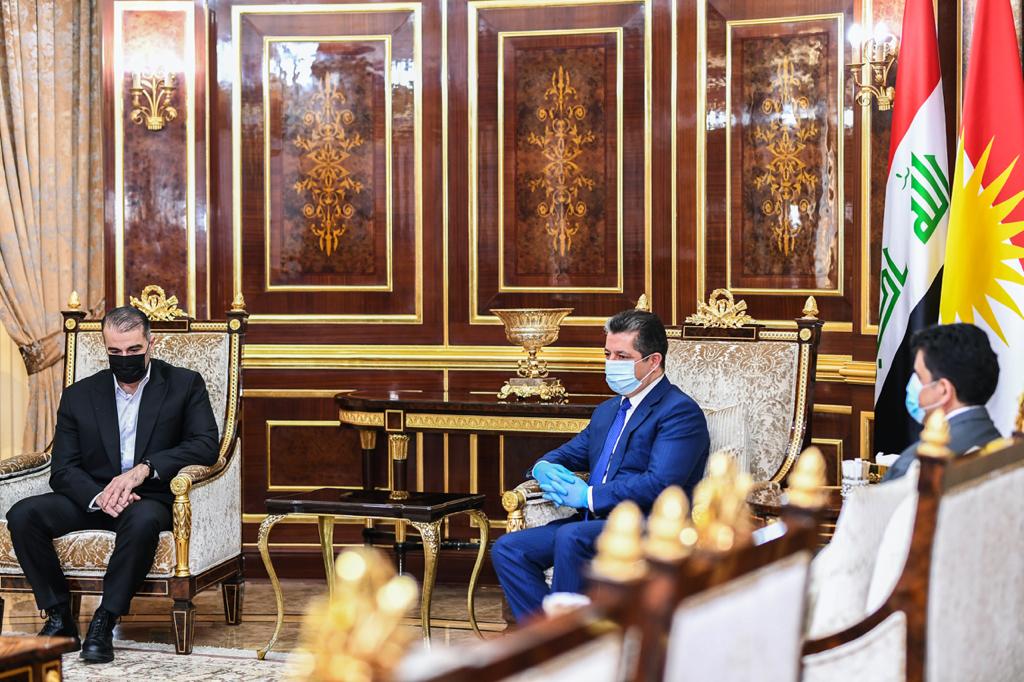 Shafaq News / The Kurdish Prime Minister Masrour Barzani, and joint head of the Patriotic Union of Kurdistan, Pavel Talabani, stressed on the need of Kurdistan to recommit the policy of disassociation Government.

This came during a meeting at his Barzani’s office in Erbil, according to a statement issued by the Kurdistan Regional Government, and received by Shafaq News agency.

At the meeting, Talabani expressed support of PUK to Regional Government.

He said that "the disagreements among the political parties should not be reflected in the work of government, and all parties should cooperate with one another and resolve their differences through dialogue to overcome difficult circumstances and crises."

For his part, the PM indicated that the citizens of the region, despite enduring the difficulties, are concerned about internal tensions and expect from all parties appropriate political conditions.

The Prime Minister stressed that he should do everything in his ninth ministerial formation to overcome the current health and economic conditions and improve the living conditions of citizens, a responsibility that needs support from all sides.

A meeting between the Kurdish parties will be held "before it is too late", Kurdish MP says