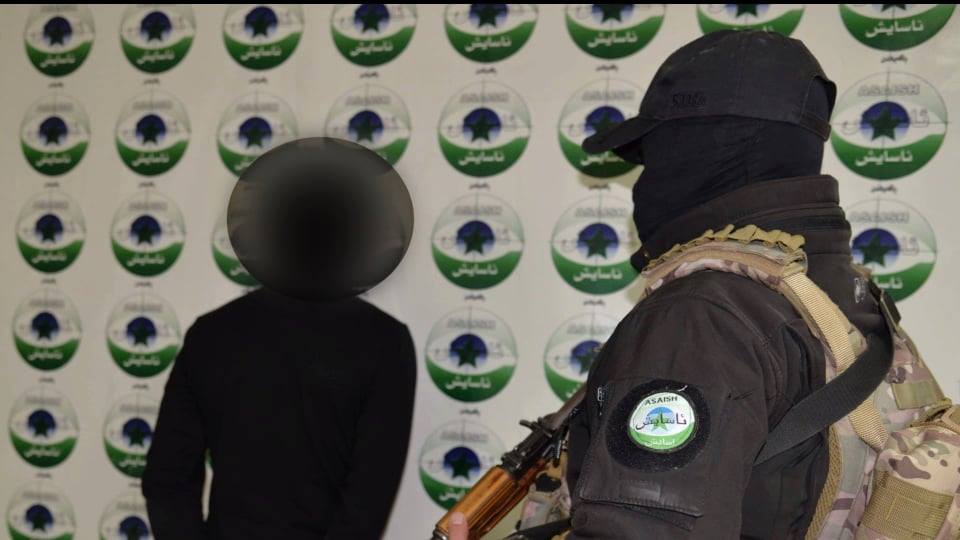 Shafaq News/ The Internal Security Forces (Asayish) arrested a suspect who raised a flag of a terrorist organization in a village in "Shahrzour" District, Kurdistan region.

The Asayish Directorate in Shahrzour said in a statement received by Shafaq News agency that the security forces executed an arrest warrant against a suspect who hung "Ansar al-Islam" posters on the walls of a village in the district.

According to the directorate’s statement, the perpetrator admitted to the deeds he committed influenced by hatred speeches.