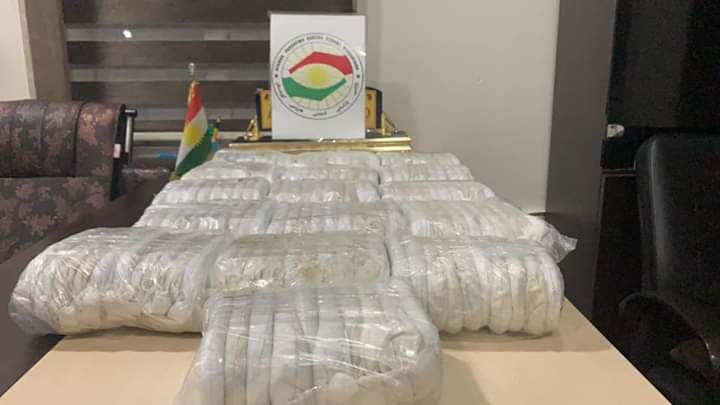 Shafaq News/ Security forces seized a huge amount of illicit drugs hidden on the road between Al-Sulaymaniyah and Kirkuk, a statement by the Ministry of Interior said earlier today, Monday.

A brief statement received by Shafaq News Agency said that intelligence information revealed a cache of narcotic pills in Kirkuk governorate, near the road leading to Al-Sulaymaniyah governorate. Seventy-four thousand narcotic pills of various kinds were seized in a raid to the site.