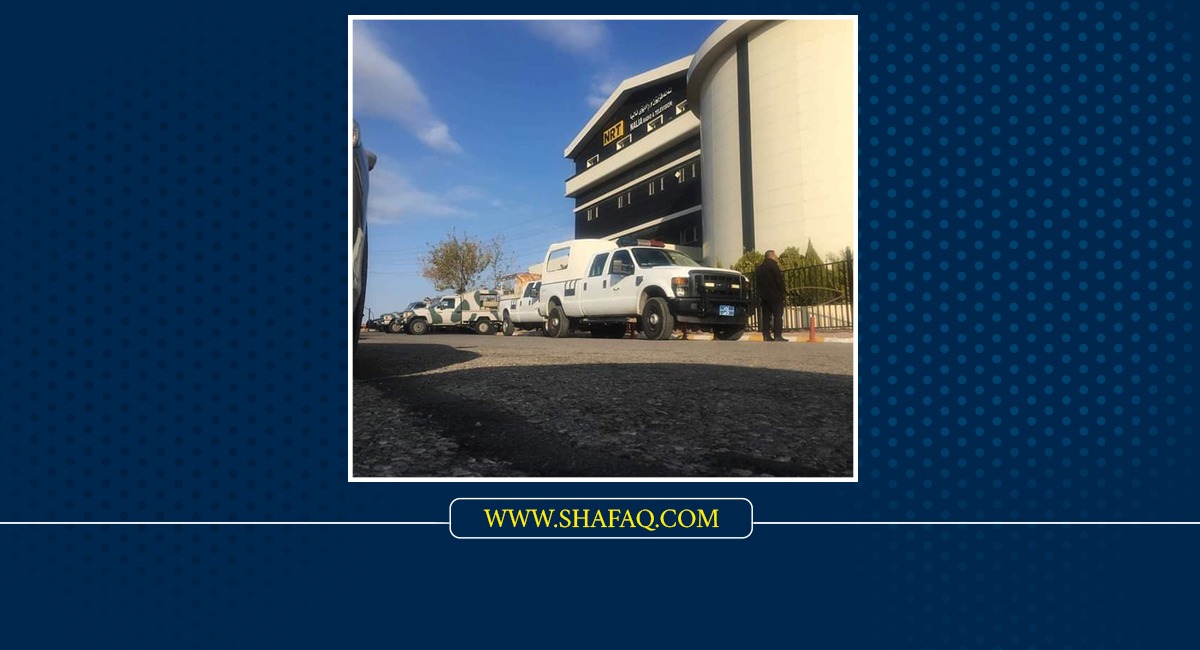 Shafaq News/ Security Forces has closed down the office of a NRT television channel accused of fomenting sectarian tension.

Kurdistan’ NRT TV has long been accused of broadcasting programs against the Government.

The channel often insists people of Al-Sulaymaniyah to protest which led  to violence and burning party headquarters. Political parties said.

Al- Sulaimaniyah has been witnessing demonstrations for about a week to demand the payment of late salaries.

Last October, Dindar Zebari, A responsible for communicating with international organizations in the Kurdistan Regional Government, said, " NRT network aims to exploit the freedom that the media enjoy in the region for the benefit of their political agenda."

Zebari added that the channel "carries out provocative propaganda campaigns, in critical circumstances, such as the war on terror and the outbreak of the Corona virus."

For its part, the Metro Center for the Protection of Journalists' Rights condemned the closure of the satellite station, and called for the annulment of this decision.

Nalia Radio and Television (NRT) goes back to the days when there were no independent media networks in the Kurdistan Region. The corporation claims to be independent.

Shaswar Abdulwahid Qadir is the owner and founder of Nalia Media Corporation which is the only independent media corporation in the Kurdistan Region and is built under the slogan of ‘Courage, Balance and Truth.’ He is been accused of corruption and failed to pay the shareholders of Chavi Land in Sulaimaniyah province, a project that he owns it