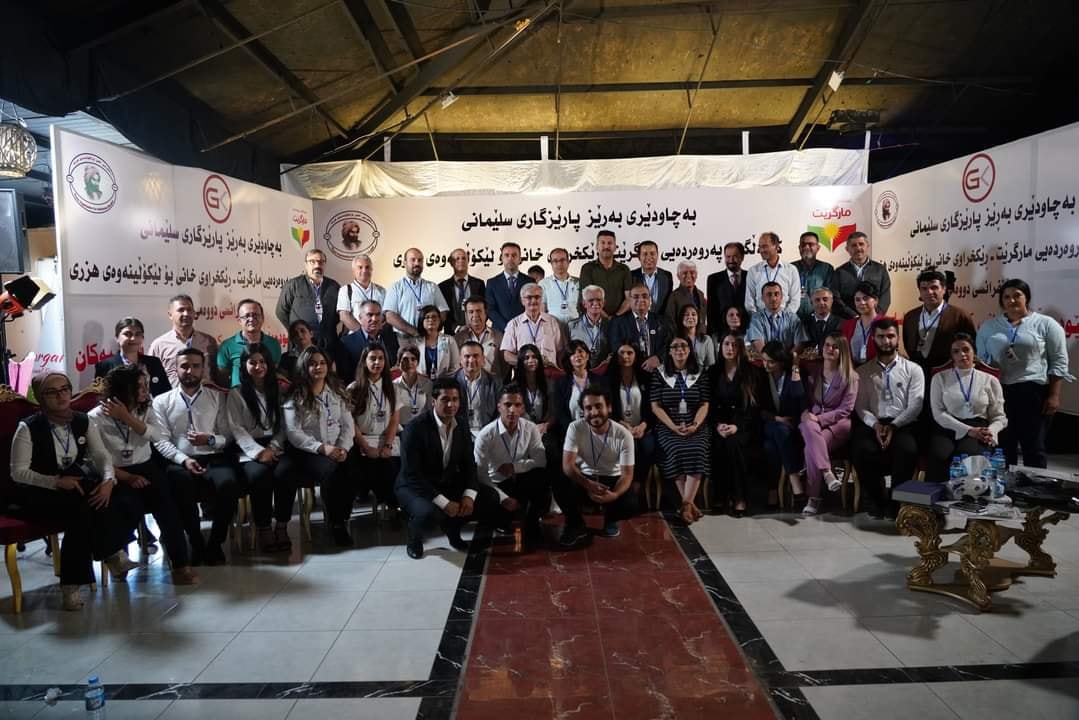 Shafaq News/ Al-Sulaymaniyah hosted on the 17th and 18th of this month the second international scientific conference of the Kurdish language, under the auspices of the Governor of al-Sulaymaniyah Haval Abu Bakr.

The conference was held under the slogan "Language and Law". It was attended by academics, legal and linguistic experts from the Kurdistan Region and other parts of Turkish Kurdistan, Iran, and Syria, as well as a group of intellectuals, journalists, and those interested in the Kurdish language and culture.

Freydun Saman, head of the Khani Organization for Intellectual Research (the conference's organizer), stressed the necessity of paying full attention to the Kurdish language as it is the identity of the Kurds, stressing that the best academics and intellectuals from all parts of Kurdistan were invited to benefit from their experiences, especially in the field of law and courts.

Kamran Rahimi, a Fayli Kurdish writer, journalist, and translator from Ilam city in Eastern Kurdistan (Iranian Kurdistan), spoke about the geographical distribution of the dialectal divisions in Kurdistan, and his own experience in using the Fayli Kurdish dialect, emphasizing the need to use it in the standard dictionary.

He pointed out that most of the residents of Ilam and the surrounding areas speak it, in addition to the Fayli Kurds who have been in Baghdad since the early years of its construction.

Rahimi commended the great efforts made by the Shafaq Foundation for Culture and Media in Baghdad, stressing that it is the only institution that has provided great work since the fall of the Baath regime in Iraq.

According to Rahimi, Shafaq Cultural Foundation is an experience that can be resorted to while preparing for any work that serves national trends, despite the circumstances that Baghdad is exposed to, which makes it impossible to easily believe that it was doing all this work with Fayli Kurdish efforts. It established the first Kurdish magazine in Fayli dialect entitled "Gol Soo", another magazine in Arabic, and a radio station that broadcasts in four different languages and dialects, including Sorani and Faily Kurdish, Arabic and English.

A 3.1-magnitude earthquake in al-Sulaymaniyah