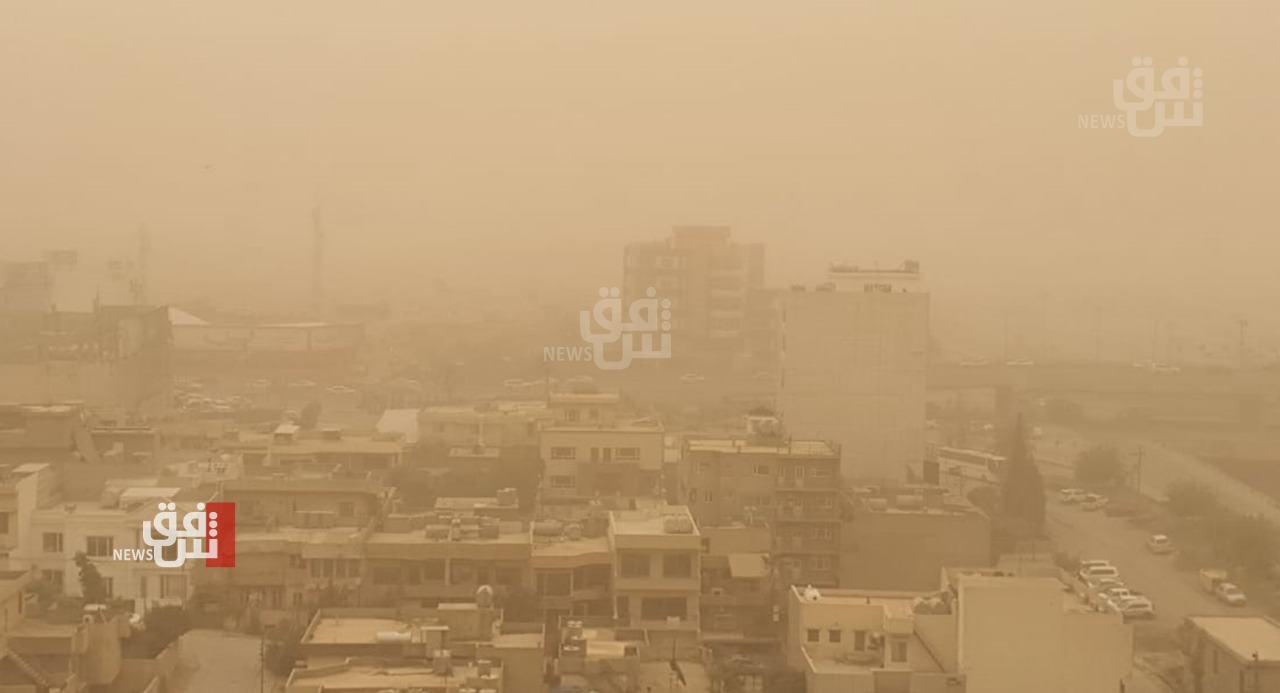 The airport administration said that flights will be resumed as soon as the visibility conditions improve.

The Poor visibility conditions forced the authorities to suspend all outbound and inbound flights in Baghdad and Najaf airports, in addition to school and university exams.

As the storm swept across Iraq, it shrouded the capital Baghdad and the holy city of Najaf in ghostly orange clouds of choking dust. As a result, the Baghdad and Najaf airports suspended flights.

Iraq is exposed to a deep pentagonal depression that brought strong winds, which in turn led to the formation of sandstorms in large areas of the country, including the capital, Baghdad.