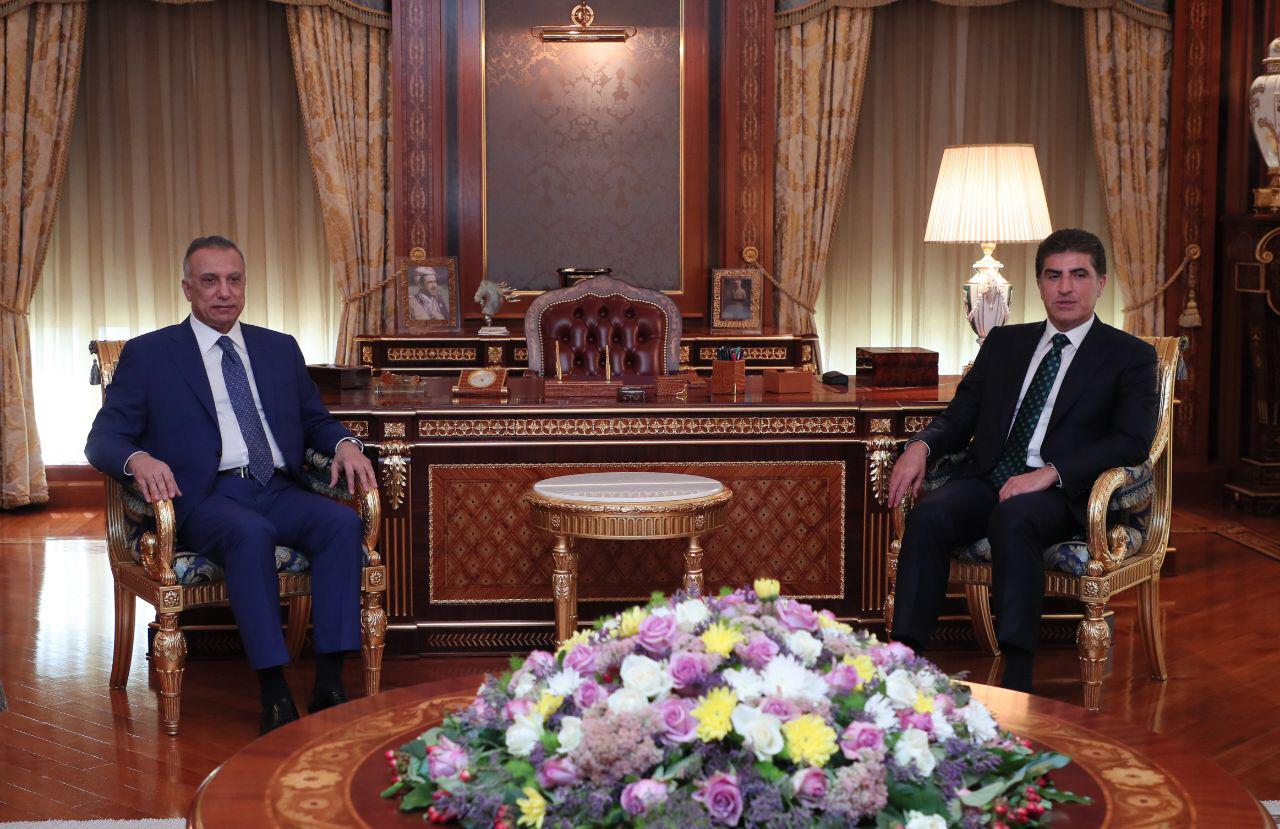 Shafaq News/ during their meeting, The Iraqi PM Mustafa Al-Kadhimi and the Kurdish President Nechirvan Barzani discussed several issues in the country

The media office of the Iraqi Prime Minister said in a statement that the common files between the federal government and the regional government were discussed, stressing the importance of unifying positions in facing the current challenges.

It added, "The meeting emphasized the importance of cooperation and dialogue based on the constitution to solve all outstanding."

The meeting confirmed the continuation of security coordination within the armed forces to prevent the ISIS terrorist remnants in a way that secures stability and the full return of the displaced, and a successful electoral process that expresses the will of the Iraqis and their democratic choices.

In the same context, a statement issued by the regional presidency received by Shafaq News agency said that Barzani received Al-Kadhimi this morning.

The statement added that during the meeting, the two parties discussed the joint files between the federal government and the Kurdistan Regional Government.

It added that the two sides stressed the importance of the Erbil-Baghdad dialogue on the basis of the constitution to reach a radical solution to the differences and outstanding issues in a way that serves the country and all its components.

The statement added that during the meeting, it was emphasized to continue cooperation and security coordination between the Peshmerga forces and the Iraqi army to confront ISIS terrorists in a manner that secures stability and serves the return of the displaced, and to proceed with successful elections that express the will and demands of citizens.