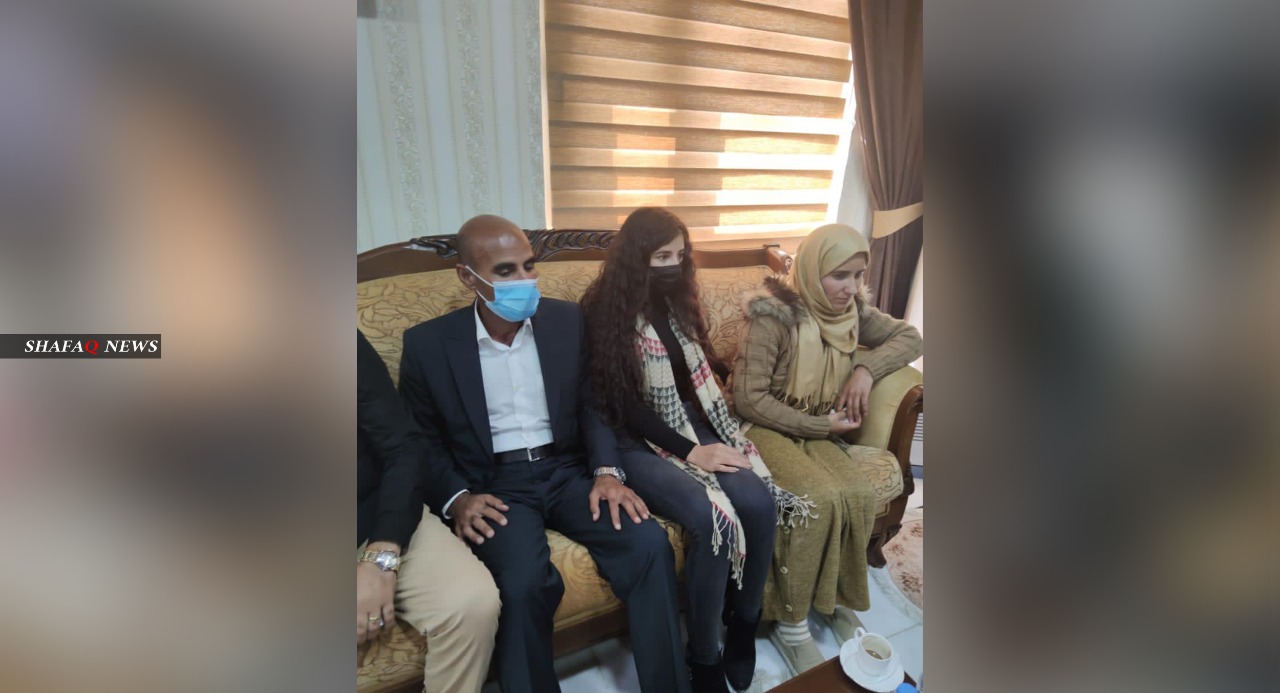 Shafaq News / It was announced in Duhok governorate on Tuesday that a Yazidi girl who was kidnapped had arrived after she was freed from the grip of ISIS after 6 years of captivity.

Jahour Ali, the agent of the Emir of the Yazidis, told Shafaq News agency that Nisreen Ibrahim, from the village of Kocho, south of Sinjar, was kidnapped by ISIS 6 years ago to settle in Al-Hol camp in Syria."

The prince's agent explained; "Ibrahim was liberated three days ago, and is currently staying with her family in Qadia camp in Duhok governorate."

It is noteworthy that ISIS invaded the Yazidi areas in Sinjar in 2014, where the organization kidnapped and killed more than six thousand Yazidis, including children, women, youth and elderly people, while more than 300 thousand Yazidis were displaced to the Kurdistan region.

Several casualties from the Peshmerga in an explosion in Diyala