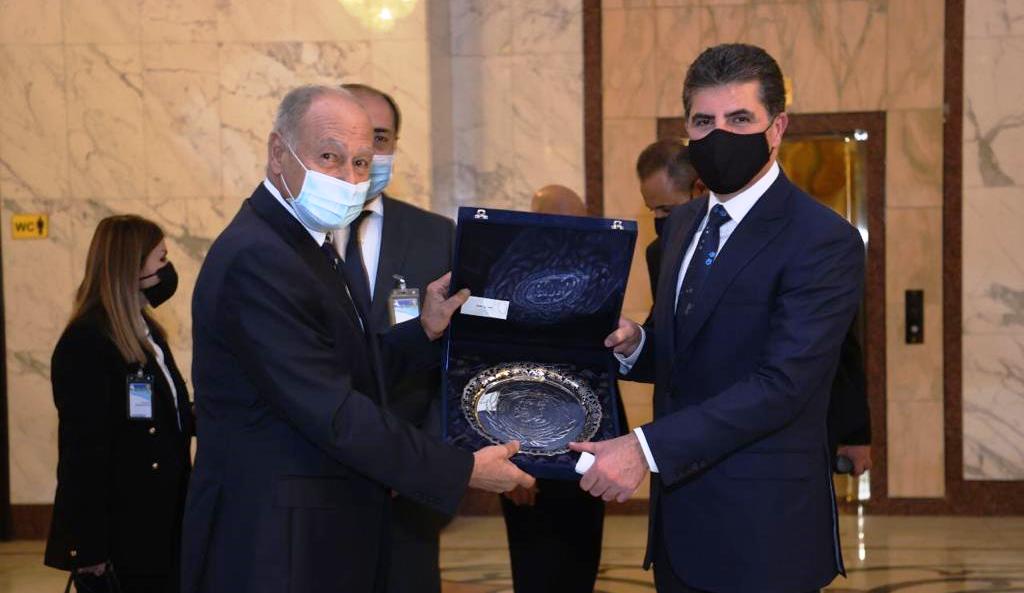 A press release by the region's presidency said that Barzani met Aboul Gheit in Baghdad, indicating that the two sides discussed the situation in Iraq and the Kurdistan Region, and agreed that resolving the problems between Erbil and Baghdad would achieve security and stability in the country.

The statement said that both sides stressed the need for Erbil and Baghdad to cooperate to overcome all the challenges the country is currently facing.

The statement added that Aboul Gheit reiterated the Arab League's support for Iraq and the Kurdistan Region in solving their problems, overcoming difficulties and combatting terrorism, inviting the region's President to visit the headquarters of the Arab League in Cairo.

The statement also indicated that Barzani, on his part, stressed that he is in Baghdad to discuss the country's situation, cooperation and coordination between Baghdad and Erbil to solve all the problems the country is facing according to the constitution.