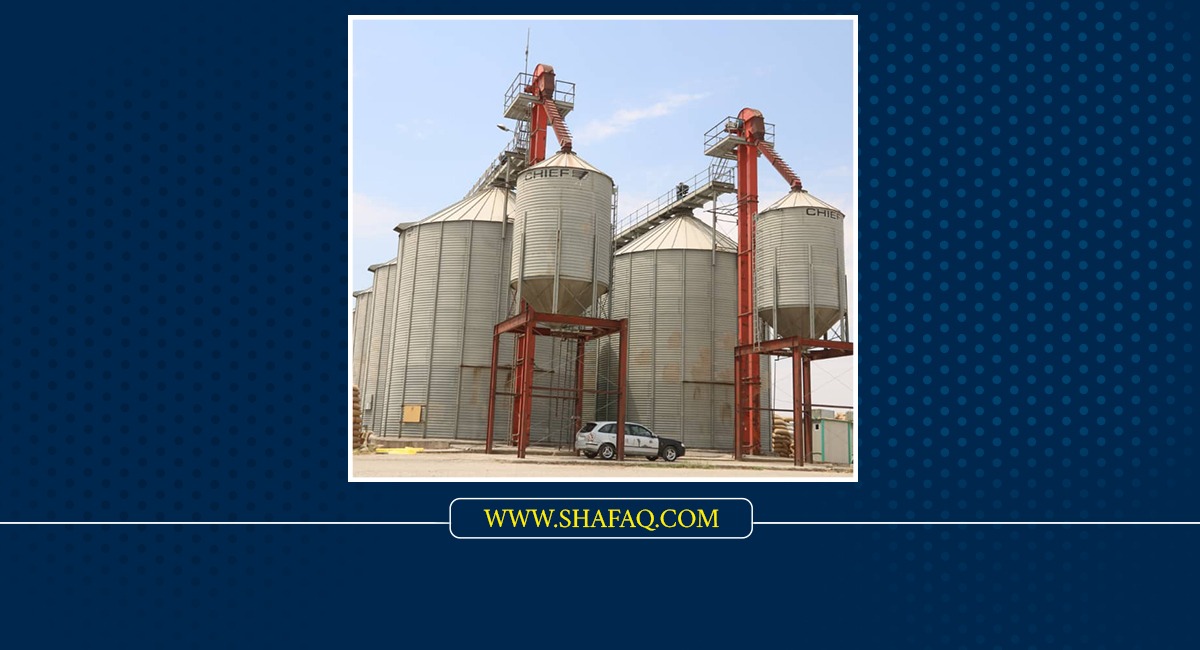 Shafaq News / The Autonomous Administration of North and East Syria revealed, on Monday, that its capacity to store wheat increased to more than 900 thousand tons after installing a new silo.

The co-chair of the Economic and Agricultural Authority in the Autonomous Administration of North and East Syria, Suleiman Pardo, said in a statement, received by Shafaq News agency, "we have been working on equipping al-Bouassi silos in al-Tabqa city in Raqqa governorate, where their capacity reaches 100,000 tons," indicating, "We have additional silos in which we can store more than 800,000 tons for the coming years."

Pardo explained, "The Autonomous Administration used to have silos that accommodated about 800 thousand tons of wheat. However, after the Turkish army invaded the areas of Ras al-Ain in Hasakah and Tal Abyad in Raqqa governorate, it took control over the silos and seized the wheat."

In the context, Pardo pointed out, "last season, the Economy and Agriculture Authority bought 609 thousand tons of wheat from the farmers and 117 thousand tons from merchants. Besides, for the first time, it purchased more than 600 tons of chickpea."

The statements came in a report published by the Autonomous Administration of North and East Syria on its official website. The report presents the economic and agricultural projects it implemented during 2020 and its plans for the next year.