A tree for every Covid-19 victim in Haji Awa, Al-Sulaymaniya 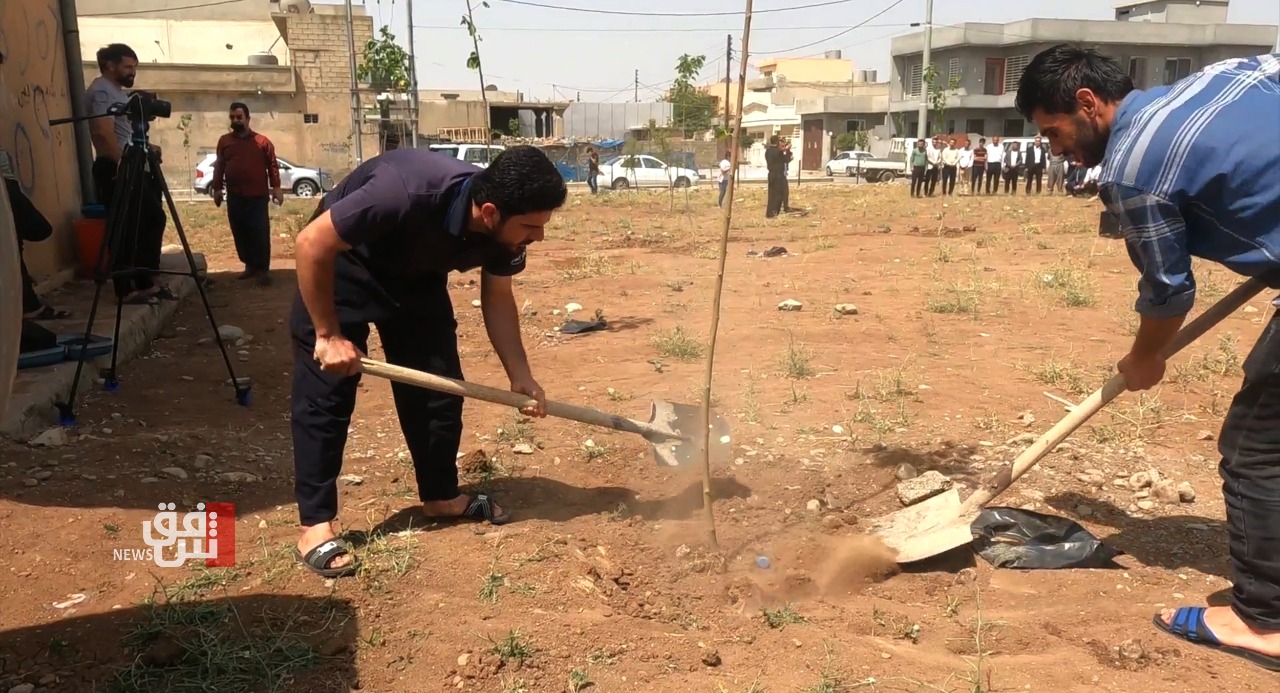 Shafaq News/ The local government in Al-Sulaymaniyah Governorate joined the citizens in Haji Awa district in turning sadness into a beautiful green memory grows on the roads.

The Haji Awa district in Al-Sulaymaniyah launched an initiative to planting trees to honor the victims of Covid-19. A first-of-kind tradition in Iraq and the Kurdistan Region.

That began two years ago when a family member of a Covid-19 victim planted the first tree, later the city's municipality adopted the idea to become a tradition.

So far, there are about 800 planted trees in different parks in the city.

Hiwa Abdullah, an official in Haji Awa municipality told Shafaq News Agency that this initiative aims to express loyalty to the victims as well as to increase the green space in the city.