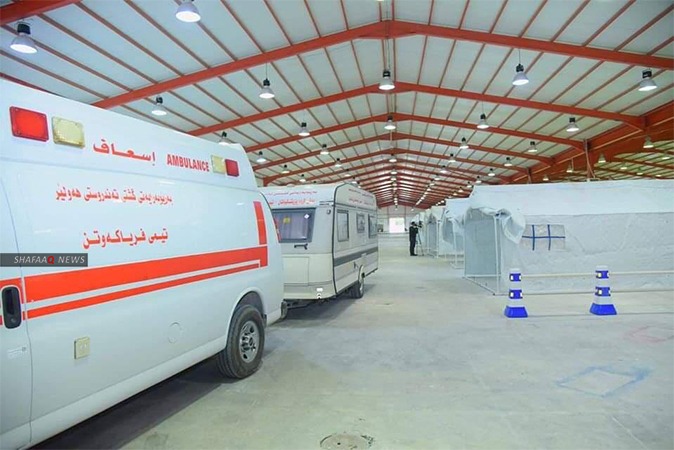 Shafaq News / The management of Rizgary Teaching Hospital for treating and isolating those infected with the Corona virus announced on Thursday a temporary problem of hypoxia, noting the death of four infected people.

The director of the Hospital in Erbil, Lawand Miran, said in a press conference today, attended by a Shafaq News agency, that this morning we were subjected to a  lack of oxygen for two hours, without any deaths recorded due to that.”

He added that the oxygen comes to us from Al-Sulaimaniyah one every two days, and this time it arrived two hours late.

He also pointed out that they currently receive only critical cases and currently there are 240 infected, noting that 50% of them are in intensive care.